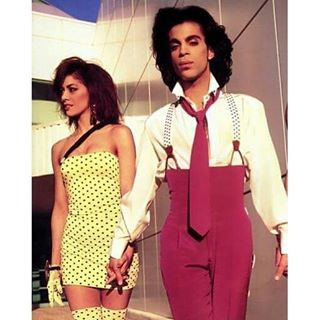 A devoted collaborator and confidant to the late Prince, the impeccable Sheila E. is bringing her iconoclastic beat to the Alamo City this summer.

Sheila Escovedo, popularly known by her abbreviated moniker, rose to fame as an eminent vocalist, drummer and percussionist during the apex of sax solos and synth-pop. Musical ability runs in the family as her uncles are Alejandro and Javier Escovedo and Latin percussion legend Tito Puente is her godfather.

Prince eventually proposed to Sheila E. while performing the title track on tour:

“We were out on tour […] We dated for a very long time,” said the percussionist in an interview. “So he’s playing ‘Purple Rain,’ and I love playing that song on drums […] All of a sudden both of us looked at each other, and then he asked me to marry him right there.”

Sheila E. reunited with Prince in 2006 during the BRIT Awards and again in 2011 for the Coachella Music Festival.

Despite the close association to her renowned contemporary, Escovedo enjoyed an illustrious career in her own right, topping dance charts for two weeks with “The Glamorous Life” and earning three MTV Award nominations and two Grammy Award nominations in 1984.

In addition to making a number of high profile appearances following her domination of the dance genre, she gave a kickass performance to a live studio audience on the Late Show with David Letterman in 2011 as a part of the show’s “Drum Solo Week.”

The Belle of St. Mark and self-proclaimed “Sex Cymbal” is slated to perform at the Carver Community Cultural Center at 8 p.m. on Saturday, June 4. Tickets are priced at $35 and are available from the Carver website.