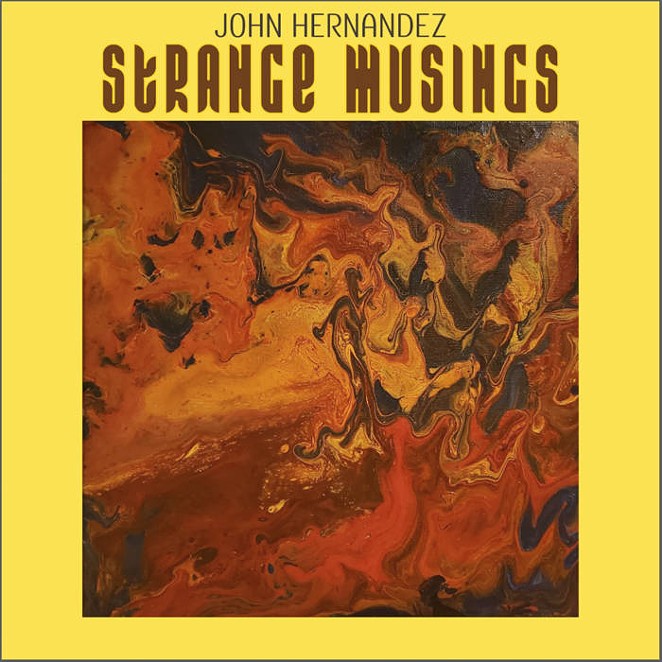 The songs build with repeating progressions. Each layer changes ever so slightly in texture, inviting the listener to pay attention to small details and dig out the compositions' subtle and detailed craftsmanship.

“I’m pretty into psychedelics, and I really wanted Strange Musings to be something that you could sit down with and pay attention to,” said Hernandez who cites outsider jazz legend Sun Ra as a key influence. “I just want people to close their eyes and let the album take them somewhere.”

Hernandez isn’t planning on having a release party just yet, and while Strange Musings only exists in digital format, he says he hopes to have it available in physical media soon.

For more information and to listen to Strange Musings visit Hernandez at his Bandcamp page.