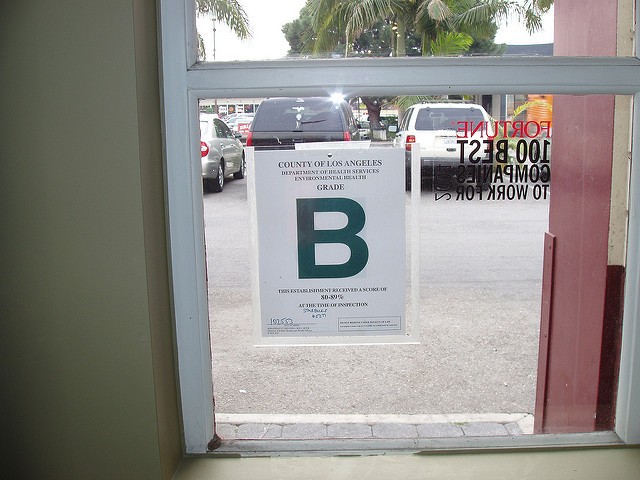 San Antonio restaurants now have a new way to prove their cleanliness to customers. But only if they want to.

The City’s Metro Health department implemented a policy Wednesday that in addition to displaying written inspections by the City, restaurants would now also give restaurants the option of displaying a placard with a letter grade and a numerical score.

"What was sort of determined ... was it was very difficult to read the inspection report because of font sizes for the score," said Steve Barscewski, the City’s sanitation services manager. "It’s all driven to help the public understand how their restaurants do [on the inspection]."

Barscewski said that the system was modeled after other health departments which also use the letter grade system, including New York, Los Angeles, San Diego and Las Vegas.

But health departments in each of those cities require that restaurants display the placard.

Barscewski said that the decision to make displaying the placard optional was based on “stakeholder input,” including from the San Antonio Restaurant Association. That group's executive director, Amanda Garcia, said that she opposed the system because it oversimplifies what's sometimes a complicated inspection report.

"If you just put an A on someone's door, the general consumer who doesn't know exactly how a restaurant inspection works, they may think that an A is perfect and everything’s fine … and it gives them a false sense of security," Garcia said. "Perhaps most of those or all of those [demerits] are noncritical items that have nothing to do with food safety."

In addition to making the restaurant inspection system more intuitive and transparent, the city says the change is designed to lower the risk of foodborne illness. A 2005 study by the National Environmental Health Association showed that mandatory letter grade placards helped reduce food poisoning from Los Angeles restaurants by 13 percent in a year.

But ultimately, since the letter grades are optional, it's unclear what benefit the new local rules may bring.

"It’s almost impossible to say that theres a lower incidence of foodborne illness because of letter grades," Garcia said.

The new placards will start popping up in restaurants right away. Barscewski said that some establishments had already opted to put them up. Though he doubts too many with low grades will do so.