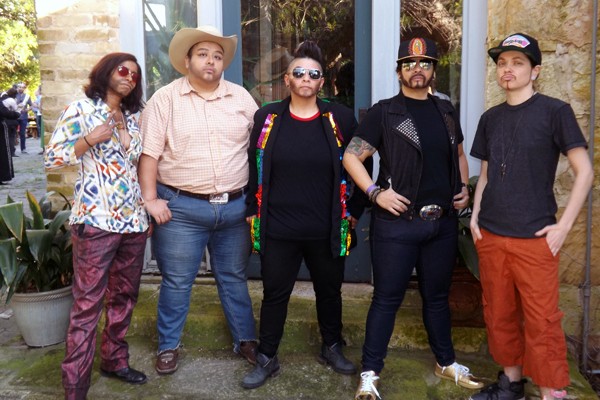 The San Antonio LGBT Chamber of Commerce has announced the performers for the upcoming National Coming Out Day celebration on October 13 at the Mission Marquee Plaza.

The presenting sponsor for the event is the Bexar County Small, Minority and Women Owned Business Enterprises Program, the technical stage sponsor is VIA Metropolitan Transit, the silver sponsor is San Japan and hosting sponsor is Mission Marquee Plaza. The celebration is an official San Antonio Tricentennial event. The location of the celebration, Mission Marquee Plaza, is a park that has been built on the grounds of the former Mission Drive-In Theater. The space includes an open-air theater with a grassy lawn where visitors can bring their own blankets, chairs and coolers to enjoy the show.

National Coming Out Day was started in 1988 by activists Robert Eichberg and Jean O’Leary to observe the one-year anniversary of the National March on Washington for Lesbian and Gay Rights. Eichberg, a psychologist, told the New York Times in 1993, “Most people think they don’t know anyone gay or lesbian, and in fact everybody does. It is imperative that we come out and let people know who we are and disabuse them of their fears and stereotypes.”

“Celebrating National Coming Out Day allows us to impart the importance of joining together with our allies to make our community stronger,” the LGBT Chamber said in an announcement. “This message of inclusivity and acceptance inspires our community to come together in new ways, ensuring all LGBTQ individuals and families to feel safe, secure and supported.”