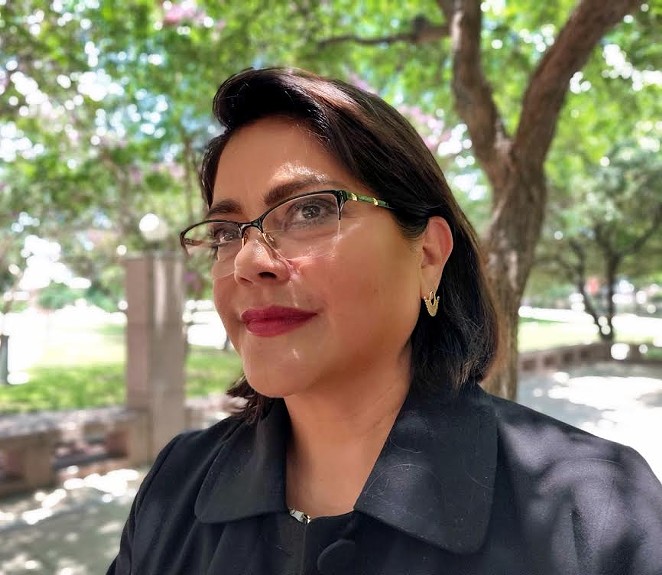 Rosalinda "Rosey" Ramos Abuabara, organizer of a 2017 LGBTQ pride flash mob across the street from the home of then-mayor Ivy Taylor, has filed to run for the congressional seat now held by Republican Will Hurd.

Her bid to represent the 23rd District will pit her in a 2020 Democratic primary against Air Force veteran Gina Ortiz Jones and journalist Liz Wahl.

Though Ortiz Jones will likely benefit from the publicity she earned from her 2018 bid, Ramos Abuabara says she is unfazed.

“She may have some name recognition, but she didn’t win,” Ramos Abuabara said Thursday. “She outspent Will Hurd, and she still didn’t win. So I’m not sure how she’s going to win this time.”

Ramos Abuabara is counting on her involvement with the local LGBTQ community to provide a hometown base.

“I have two sons that are gay,” she says, pointing out that one of them is a staff member for Mayor Ron Nirenberg’s re-election campaign.

Ramos Abuabara added that she hopes to energize the Latino vote in the sprawling district that covers two-thirds of the U.S.-Mexico border.

“I talked to [Ortiz Jones] myself,” she said. “I told her, ‘You know, we need to rally up the Latinos. We need to get them to vote. I told her, ‘If you primary me, I’ll endorse all of my people over to vote for you, but hopefully, you’ll do the same for me.’”