Limelight Reopens Under The Direction of 502 Bar Audiophiles 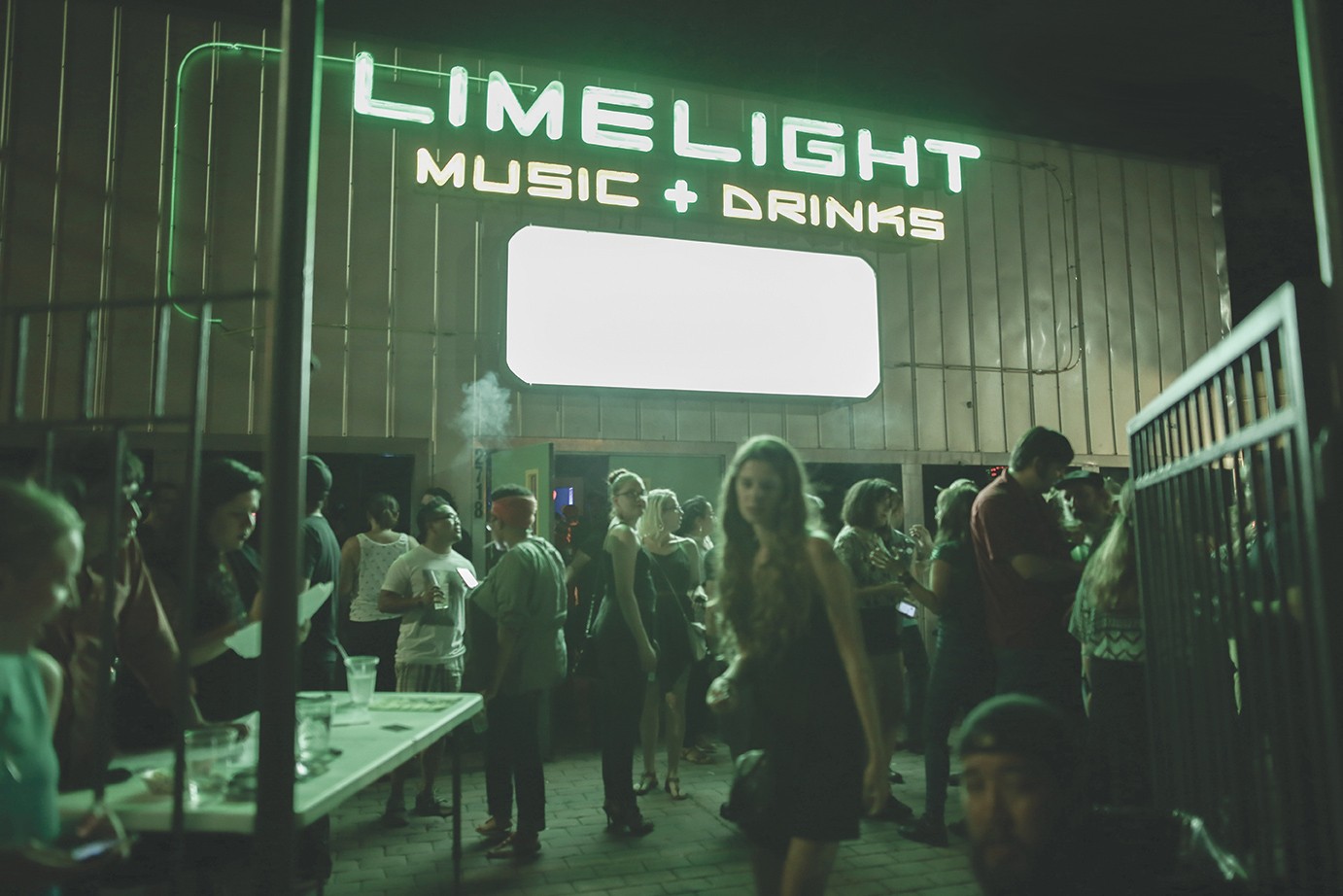 First, an ode to the old Limelight — the venue where heavy weather created gnarly puddles of spilt liquor and rainwater behind the bar and exponentially gnarlier puddles in the men's bathroom. Because of its long hall, the "Slimelight" was more conducive to smoking weed than any other aboveboard building in town (other people, mom!).

After taking the first half of the year to doctor up its insides, 502 Bar operator Deric Wynne reopened the Limelight in July. An infectiously nice guy dressed in nonchalant gear and a heavily curved snapback, he looks more like a friend you might meet at a campsite than the purveyor of two of the best-sounding venues in town.

Almost four years into the 502 venture, Wynne came into the Limelight's neon glow when former operator Angel Castorena skipped to focus on his flagship spot, The Korova. Wynne, who is "bad at naming stuff," found a natural fit at the venue. "We don't have to name it," he told the San Antonio Current. "This is great!"

Wynne added: "Limelight doesn't have a set way of doing things. So it's a little bit more of an open palette."

The bar is now open seven days a week, with open-mic Mondays (hosted by Nina Diaz) and karaoke Tuesdays to draw on nights without a full bill. The remainder of the summer schedule fits in nicely with St. Mary's Street's indie and punk inclinations, with gigs from FEA, Femina-X and Burning Palms coming up in August.

For better or worse, the place looks the same on the outside. The green neon is nice, but from the side, the bar looks like you could topple it over with a soft Jenga-poke to the right support beam.

Inside, the new speakers make the Limelight a place to hear music, not just a setting for drinking excessively in the pursuit of rock 'n' roll. But that's an option, too, as Wynne has brought a commitment to pristine sound and a $5 shot-and-a-tallboy combo from his bar north of the airport.

Like most bars with a long history and new management, it's down to the clientele to dictate the bar's atmosphere. At the old Limelight, an informative sign by the bar helped determine your drink choices: "No Miller, No Bud Light, No Coors," the ornery thing read.

"We were so happy on our first night because there's some products you almost have to buy just because," said Wynne. "Stuff like Miller Lite, Bud Light, 'cause people just order it so much. But on opening night, we sold as much Lone Star in a night as we did a week at 502."