Linda Blair on Her Fans, the Brilliance of 'The Exorcist' 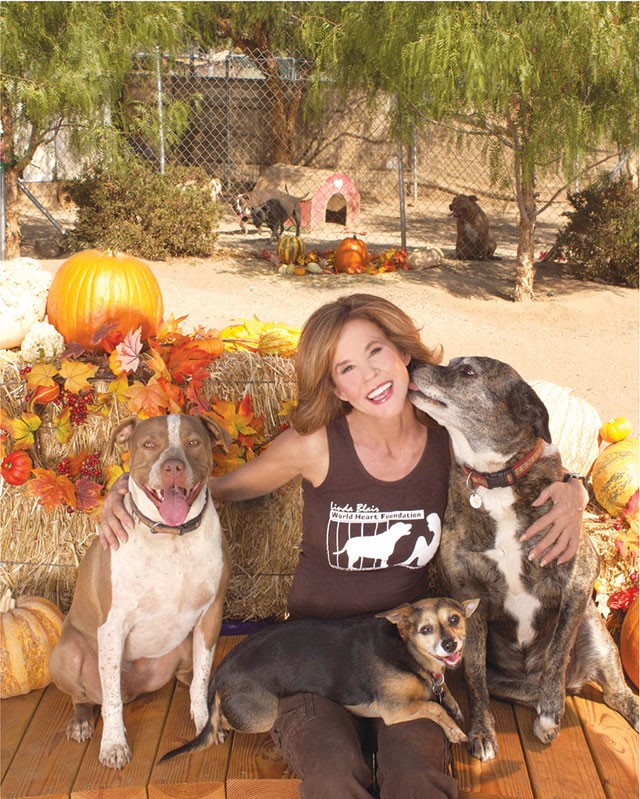 It’s difficult not to think about Oscar-nominated actress Linda Blair and not visualize the demonic face of her 12-year-old character Regan MacNeil in the critically acclaimed 1973 horror film The Exorcist. It’s a role she’s learned to embrace over the last 41 years, especially since her celebrity status has offered her a platform to talk about important causes in her life, like the Linda Blair Worldheart Foundation, which provides sanctuary for rescued dogs. Blair, 55, will be a celebrity guest at Alamo City Comic Con September 26-28. The Current caught up with her via phone from her home in Los Angeles last week.

Yeah, the comic cons have come up in the last five years or so. I would do some horror conventions during October for Halloween, but the comic cons are such a beautiful mix of people. It used to be just comic book people, but now all the film and TV people come out, too. I love it.

What kind of response do you get when fans meet you in person?

I think there are such a variety of emotions people go through. They know me. They grew up with me. Some remember me for The Exorcist. Others remember me for Roller Boogie or Repossessed with Leslie Nielsen. Then some people know me for my animal welfare charity. A lot of people want to talk to me about animals. That makes me really happy.

As a film, how has The Exorcist changed for you over the years?

It’s not about the fear anymore. Now, I just see how amazingly the movie was made. It had the best screenplay, director, producers, actors and makeup artist in Dick Smith, who just passed away. You couldn’t make the movie today because everything would be CGI and everybody would laugh. But because we did it like a magic act, it was brilliant. Looking back at it years later, I know I was a part of something wonderful.

I know people who love horror movies but won’t watch those that deal with religion. Do you think The Exorcist has that effect on people across all religious beliefs? You’re going to meet a lot of Catholics in San Antonio.

When the movie came out, it raised so many questions and so much fear. Today, there’s nobody who has any issues with it. They just remember how scared they were. Catholics don’t care anymore. They’re way passed it. They realize that if you’re a good person and you lead a good life, you’re not going to have any trouble. But if you’re nasty, then maybe, just maybe, the Devil will come get you.