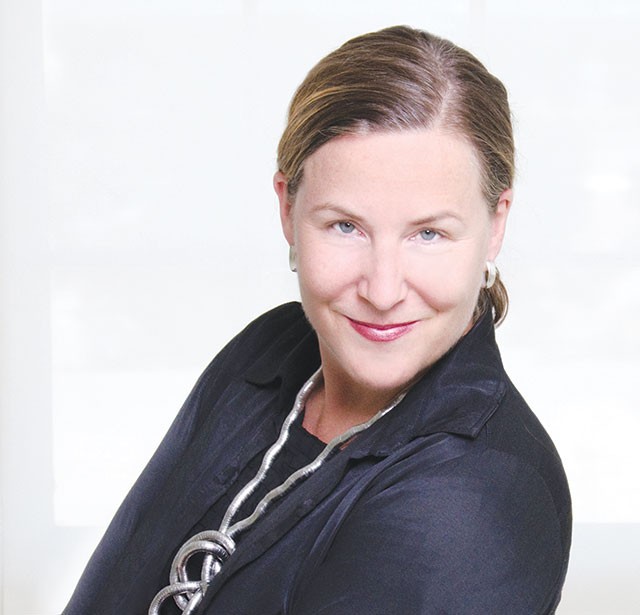 For various reasons, the Linda Pace Foundation has historically been very low-profile. However, new executive director Maura Reilly seeks to change all that, starting this year. Prior to landing at LPF, Reilly was senior curator at the American Federation of Arts and Location One. She also acted as founding Curator for the Elizabeth A. Sackler Center for Feminist Art at the Brooklyn Museum, where she organized the acclaimed Global Feminisms exhibition in 2007.

So she has the chutzpah and the cred to make some major moves here, such as transforming LPF’s former offices (located in Southtown just off of the lovely, also LPF-founded, Chris Park) into a public exhibition space come April. Even that big change is merely a placeholder for an even grander undertaking: a brand-new Linda Pace Foundation museum—an enormous project that should take approximately four or five years to open.

The Current spoke to Reilly at the LPF’s new offices, on the sixth floor at the Camp Street Lofts.

How do you see the LPF as part of San Antonio, as opposed to part of the sort of global, art world network of institutions?

How much can the Current reveal about that architect?

We can’t reveal the name yet. This is kind of a fun opportunity to tease (laughs). But I’m working with Fitz & Co. in New York, the PR firm, and they are poised to release a press release.

[Ed. Note: Not to spoil Reilly’s fun, but we’d be remiss not to point out that in 2009, LPF’s then-executive director Rick Moore and prominent British architect David Adjaye released preliminary design plans for the museum. So, there’s that.]

It’s a big project. You’ve been through the logistical process of building new structures before—how does that affect your thinking about the museum project?

Yeah, I’ve worked on building projects like the conceptualization of [the Sackler Wing] at the Brooklyn Museum. I’ve worked with that kind of architectural process. Not to the minute degree that I am here. We’ve been in the concept phase ever since I arrived ... Right now we are still tweaking. What look do we want? What size? What scale? What style? Once that’s all finalized, we can release the [architect’s] name.

One of the things Linda wanted as well [was to] bring in shows that other institutions locally might not be able to afford. Because we can. We can bring in someone with a huge international name. Linda also wanted to help introduce San Antonio to an international architectural aesthetic [she saw] in her travels, seeing all these different architectural sensibilities—it’s a gift and part of her magnanimous nature. With the “starchitect” we’re talking to, this will be able to happen. It’s a really cool thing.

For the major exhibition [“Global Feminisms,” 2007], you took this new structure and you made an exhibition with the work not just from [the U.S.], but from everywhere.

I do not personally want to restrict the definition of feminism to America. I would fear that that would make a show unbelievably white-centric, European-American centric.... For me it was so much more interesting to think about a larger picture, about what does it mean to be a feminist in Afghanistan? Or to look at Guatemala, and the Democratic Republic of the Congo. The issues we deal with as women in America, we could potentially argue, are not as grand as what women cope with in other parts of the world. Therefore, the feminist content of our artistic production reflects that. While that’s absolutely so important—reproductive rights, fighting inequality—we are not creating works like Michèle Magema under the Congolese regime, dealing with horrific life or death situations as a woman.

How does this global focus relate to your curatorial role with the Linda Pace Foundation?

Well, Linda’s a great example of somebody who came of age as part of the 1970’s generation, and who became a real patron. Linda traveled the world, [and] helped bring artists from all over the world to Artpace, and into her own collection, which is major. And it’s important [that] 50 percent, or close to it, of her collection is by women. From all over the world. This is a huge responsibility as the executive director: to takes what she collected, as a curator, and to make it publicly available.