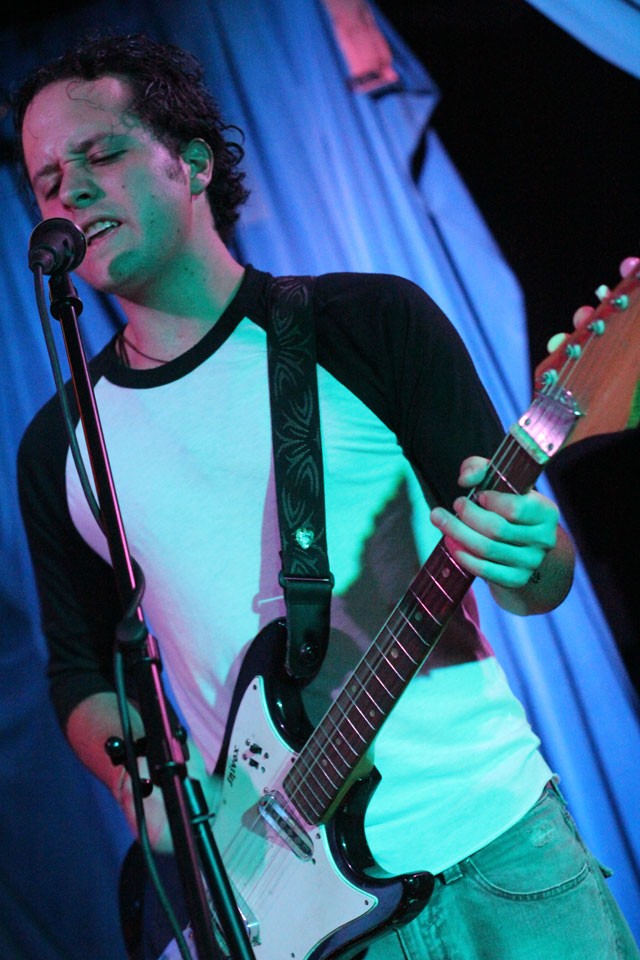 Originally from Zinacantepec, near Mexico City, J. Carmen (guitar, vocals) and Clau Lafania (drums) like to do things fast: They recorded an EP on a four-track analog tape, moved to San Antonio, played several local shows (including one on their first day here), and moved to Austin (making this their first and last Live & Local), even though they have three SA shows in September alone. I found their self-titled EP intriguing, and finally checked out their live act on Thursday. It was a mixed affair with both spectacular high points and moments where the duo fell into a frustrating, chaotic mess.

Carmen used to play drums before taking up the guitar a couple of years ago. Lafania, a guitarist, settled on drums to be able to play with Carmen, and it is easy to understand why. “Ruby Red” was one of the most explosive, groovy openers of any show I’ve seen this year. Carmen shreds and twangs with unusual ferocity, but he’s a master of silences as well. His thing is to deconstruct the blues into a rhythmic mass that, when it’s actually finished, works like a cannon. Lafania is still finding his way on the kit, but he understands exactly what Carmen needs: someone who can groove along and knows when to stop. But what  Carmen also needs is to learn how to wrap things up. When the duo looked at each other as if trying to decide what to do next before ending songs abruptly, it all sounded and looked like a rehearsal or a jam. OK, that is part of the band’s magic. But these guys could and should do more with their potentially lethal mix.