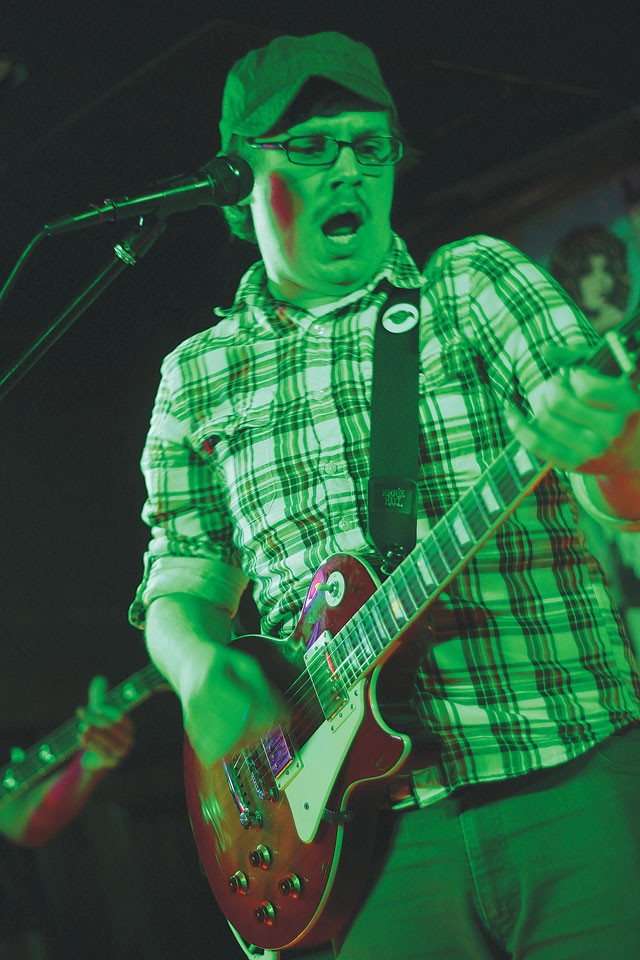 Mission Complete!'s performance last Friday at Indie Fest 2011 was summed up in the set's final number "Metroplex." Guitarist/vocalist/creative nucleus Ryan Teter strummed a boogie lick on his electric, while his band instigated a full-bore clap-along. Teter sang about longing for a simpler highway system, losing his keys, having no internet, and feeling isolated and bummed. "Which is pathetic!" he screamed, as the band joined him. The song's self-awareness was precious, likely written with indie kids and their First World problems in mind.

The place was only half-filled with the targeted audience, perhaps; the rest were "Dude-Bro" frat types (probably 5050 Colonnade regulars).

Teter's voice invoked the goofiness of a Third Wave ska singer, before the band leapt into a Minute Man-style jam after the second verse. Moments prior, Mission Complete! pulled a similar shape-shift with "Flu Shot." Bassist Kyle Manhke gave the low end an island bounce which, combined with drummer Rudy Villarreal's accompaniment, underscored Teter's punky guitar and vocals with a shameless jam band groove (think moe.'s "Spine of a Dog"). What the hell was going on here? "That's a good question," Teter said after the show. He spoke of being in a period of rapid change as a songwriter since Mission Complete!'s birth in Denton circa 2008. The goals were simply to complete some songs (hence the band name) and make sure no cuts really sounded alike (hence the show). This approach probably led him to place both Bowie's "Suffragette City" and Bangles' "Walk Like an Egyptian" moments away from each other in the set (the latter appears on the Current's 25th Anniversary disc). Teter and second guitarist Mike Squilla gave some lively riffage, unfortunately drowning out keyboardist Meg Lobasso. But when Teter skirted the whistle section for some vocal improvisation instead, all felt right.