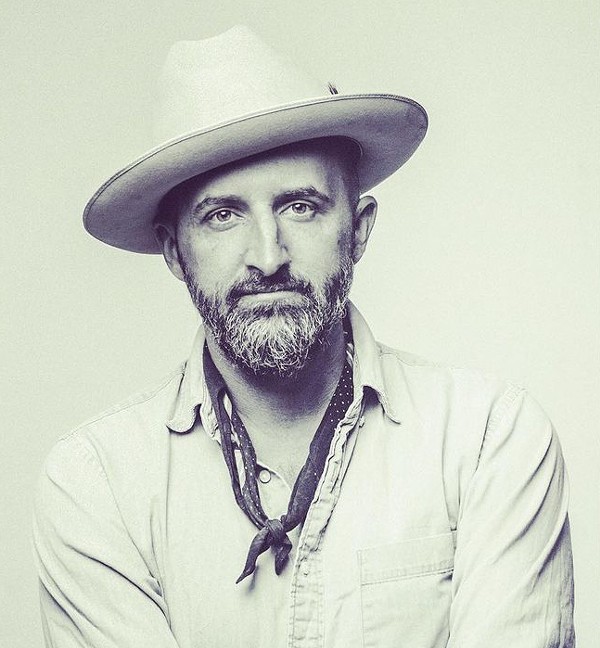 If your ears are thirsty for some entertainment, here's a rundown of recommended gigs by both local and touring artists.

In This Moment, Black Veil Brides, DED
In This Moment has the distinction of being an internet phenomenon from the dawn of social media — we’re talking the MySpace era, folks. Charismatic frontwoman Maria Brink is the clear focal point of the band, which mixes genres from alt-rock to screamo to goth rock to classic metal. Black Veil Brides paint with a similar sonic palette, though their look makes them look something like an LA Guns tribute band. Newer act DED pull largely from nu-metal and released its debut LP Mis-An-Thrope in 2017. $39.50-$69.50, 6 p.m., Aztec Theater, 104 N. St. Mary’s St., theaztectheatre.com. — Mike McMahan

Seth Walker
Blending blues vocals, jazz instrumentals and Americana in between, Seth Walker’s songs match his roaring ’20s-inspired attire — although with a pinch of his own modern take. Over a career spanning more than two decades, Walker has released 10 albums, moved to a few different cities and logged a 2011 performance at the Austin City Limits Music Festival. $15, 8 p.m., Sam’s Burger Joint, 330 E. Grayson St., (210) 223-2830, samsburgerjoint.com. — BE

The Monkees
Hey, hey we’re The Monkees … for one last time. This ’60s pop act has endured for a shockingly long time, given its origins as a TV novelty band transparently ripping off The Beatles. The longevity largely comes down to strong songwriting, which produced hits including “I’m A Believer” and “Last Train to Clarksville.” But all things must pass, and The Monkees are hanging it up after this tour, which features original members Micky Dolenz and Michael Nesmith, a San Antonio native, backed by a full band. $44.50-$275, 7 p.m., Tobin Center, 100 Auditorium Circle, (210) 223-8624, tobincenter.org. — MM

TV Girl
Electronic-flavored indie pop will rule the night — a bit later in the evening than prime time — when TV Girl comes to town. Though the Todd Rundgren-sampling band has been around for more than a decade, its debut LP, French Exit, has always had a special place in the hearts of fans. The group will perform the album in its entirety on this tour for the first time. $15-$18, 9 p.m., Paper Tiger, 2410 N. St. Mary’s St., papertigersatx.com. — MM

Brothers Osbourne
When you title your tour “We’re Not for Everyone,” you’re sending a clear message. However, given its varied musical approach, we’re guessing the Brothers Osbourne will offer something for someone. They aspire to a roots sound but aren’t hemmed in by tradition, displaying everything from a distinct twang to flirtations with ZZ Top-style boogie. The duo released the LP Skeletons in 2020. $35-$150, 9 p.m., John T. Floore’s Country Store, 14492 Old Bandera Road, (210) 695-8827, liveatfloores.com. — MM

Brent Cobb
No one would accuse Americana songwriter Brent Cobb of not trying to learn the music business. The dude has lived in LA and Nashville — both ground zero for the suits. But maybe planting roots in Georgia was the right choice for his straightforward sound. Or maybe the Old South is just a fit for a guy who cites Jerry Lee Lewis as a key influence. Whatever the case, his travels — and maybe his rubbing shoulders with the suits — seem to have paid off, since he’s written songs for superstars including Luke Bryan, Kenny Chesney and Miranda Lambert. $15, 8 p.m., Gruene Hall, 1281 Gruene Road, New Braunfels, (830) 606-1281, gruenehall.com. — MM