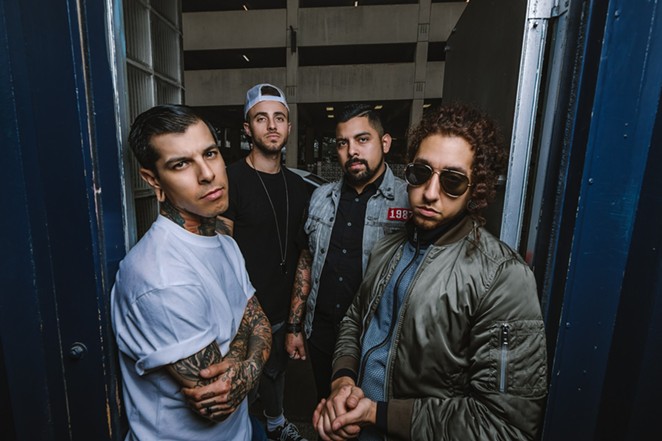 There's no shortage of performances by touring and local acts to keep San Antonio music fans sated this week. The offerings range from Western swing and jazz to metal and straight-up rock.

Thursday, May 20
Musical Tribute to Miles Davis
The evening will feature a five-piece band, including trumpet and sax, paying tribute to one of the true giants of jazz. Gerry Gibbs, who will hold down the drums, has played with well-known players from Alice Coltrane as well as Parliament-Funkadelic. Gibbs has been the house drummer for The Blue Note Jazz Club “After Hours Band” and maintained a long-running residency at San Antonio’s Carmen’s de la Calle. $10, 8 p.m., Luna, 6740 San Pedro Ave., lunalive.com.

Asleep at the Wheel
It seems like most bands break up quickly, but Austin’s country traditionalists Asleep at the Wheel are certainly an exception. The band is celebrating its 50th year in business with the May 28 release of its Better Times EP. The three-song release features a new tune from bandleader Ray Benson, as well as two covers. Expect more news on the milestone anniversary celebrations later in the year. 7 p.m., $35-100, 7 p.m., John T. Floore’s Country Store, 14492 Old Bandera Road, (210) 695-8827, liveatfloores.com.

Corey Taylor
You know him from Slipknot and Stone Sour, sure. But if you follow metal social media, you know that he’s a star there, too, weighing in on any number of issues and inspiring the jokey “What Corey Taylor Thinks” catchphrase. Taylor is currently touring in support of his solo album, CMFT, though his set for this outdoor show will include selections from both Slipknot and Stone Sour. Worthy of note: Taylor vocally supports maintaining COVID protocols and has encouraged everyone to get vaccinated, so count on the rules being enforced at this gig. 7 p.m., $120-400, 7 p.m., Vibes Event Center, 1223 E. Houston St., (210) 255-3833, vibeseventcenter.com.

Sunday May 23
Upon a Burning Body
San Antonio metalcore heroes Upon a Burning Body are known for intense, passionate performances. The veteran act most recently released 2019’s Southern Hostility and is known for scorching tunes including “All Pride No Pain,” “5x3” and “Texas Blood Money.” $17-20, 6 p.m., Vibes Event Center, 1223 E. Houston St., (210) 255-3833, vibeseventcenter.com.