Thicker than a metric ton of sludge, the savage sickos behind the Zig Zags conjure a sonic maelstrom of almost supernatural proportion. While raging demons and radioactive moonshiners wreak havoc on the crudely drawn covers of their albums, the group's growing discography is the legacy of noise rock legends like the perennially rad Ty Segall, who recorded and produced the Zig Zags' self-titled debut in 2014. Similar to Segall's twisted take on crunchy garage rock, thrashing tracks like the intentionally misspelled "Brainded Warrior" and "So Stoned" capture the Zig Zags' brain scrambling essence. Zig Zags light up with Austin's Sweat Lodge and DJ Smoak at K23. 8pm, $7, K23, 704 Fredericksburg Rd.
Goo Goo Dolls
Tuesday, December 6

Don’t lie – you swooned over the Goo Goo Dolls in the dark days of the mid-1990's. Listlessly wandering through a strip mall or patrolling some random public space, everyone ate up their mainstream reinterpretation of the Replacement. Shooting into stardom with sensitive singles like “Iris” and “Slide,” the Goo Goo Dolls cemented a place for themselves on throwback playlists everywhere, pigeonholed somewhere between the post-grunge charm of the Gin Blossoms and Matchbox Twenty’s textbook sappiness. Almost two decades after the release of their primordial Boy Named Goo, the band continues to crank out digestible works of adult alternative rock. The prolific rockers dropped Boxes, their eleventh studio album this year, assuring fans that their favorite acoustic power ballads aren't going anywhere. 8pm, $54, Aztec Theater, 104 N. Saint Mary’s St.
The Deer
Thursday, December 8

Emily Dickinson famously wrote that a wounded deer always leaps the highest. As graceful as the anatomy of their animal namesake suggests, the Deer are a sensitive gang of four known around Austin for creating powerful and feminine works of orchestral folk rock. (Imagine that Florence and the Machine borrowed some of Cat Power's quiet drama.) Balancing a sprawling vocal section with enough room for introspection, San Antonio's Foreign Arm matches the Deer with immaculate indie instrumentation that resembles contemporary outfits such as the Lumineers and Ed Sheeran. 8pm, $7, Paper Tiger, 2124 N. Saint Mary's St. 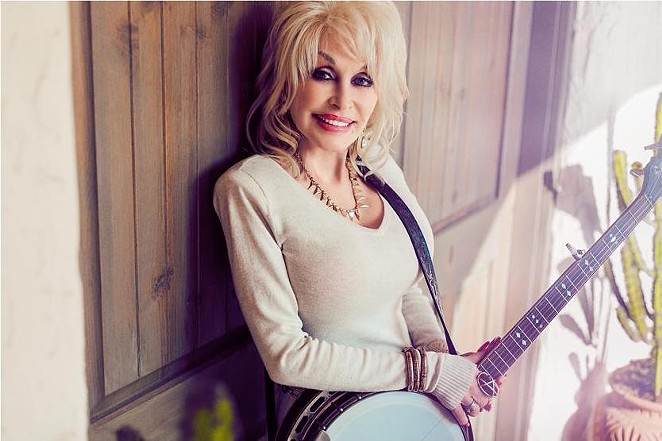 Tucked under a flamboyant facade of big blonde hair – and even bigger boobs – is the iconic songwriter, Dolly Parton. A revered inductee of the Country Music Hall of Fame, Parton is a prolific composer whose timeless numbers have sprung to life in their own right. Parton's "I Will Always Love You" topped the music charts twice, with its second incarnation performed by Whitney Houston in 1992, whereas her haunting "Jolene" has achieved virtual immortality through countless renditions by artists such as Jack White and Miley Cyrus. It seems that Parton's writing is universally relatable, as her raw reflection transcends genre. 8pm, $95, Tobin Center for Performing Arts, 100 Auditorium Cir.
Metalachi
Thursday, December 8 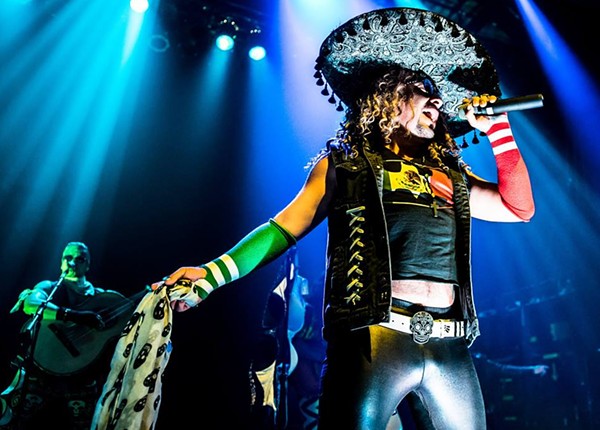 Metalachi is a name that really flows off the tongue. Hailing from California via Chihuahua, the group combines the disparate worlds of Spinal Tap and Cheech and Chong into a strange hybrid of star-crossed genres. Since departing the fluorescent stage of America's Got Talent, Metalachi has built a sprawling fanbase with famous followers ranging from Howard Stern to the thrashing gods of Slayer. Listeners torn between a simultaneous craving for metal and mariachi, rest assured – there's no reason to be indecisive anymore. Metalachi has all the bases covered. (Just take a gander at the band's rollicking cover of Ozzy Osbourne's "Crazy Train.") 10pm, $15-20, The Rock Box, 1223 E. Houston