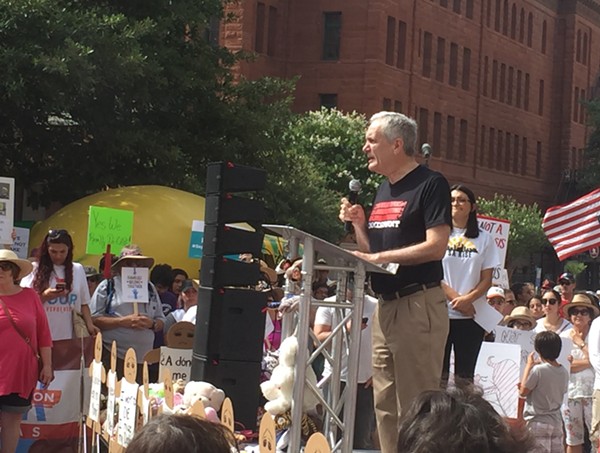 It was supposed to be a publicity slam-dunk for President Trump: an unveiling last week of a new, postcard-sized form touted as a way to simplify Americans' taxes. In theory, it should have been good news before the July 4th holiday and something to pull attention away from those embarrassing family separations down on the border.

Only it didn't happen that way.

A staffer on the House Ways and Means Committee supplied the new form to the Associated Press and other news organizations the big unveiling. And the press, as they do, quickly seized on the fact that to use the new "postcard," taxpayers would need to fill out and attach as many as six accompanying worksheets to claim some popular deductions.

In other words, it sure didn't seem like the streamlined approach the White House promised.

"We did kind of a preemptive strike by it getting out there," said Rep. Lloyd Doggett, D-Texas, a member of Ways and Means and a vocal critic of the divisive tax overhaul Trump signed into law. "As a result, (the administration)  ended up not putting much attention on it."

The "postcard" was a key selling point for the tax plan, which Doggett and other Dems opposed because its biggest tax cuts were reserved for corporations and rich folks.

During an interview at Saturday's Families Belong Together rally, Doggett said Treasury appeared to downplay the form's Friday rollout after the spate of less-than-glowing publicity.

Among the problems highlighted by the outlets including Washington Post, NPR and New York Times is that the "postcard" is actually the size of half a sheet of paper and is printed front and back. What's more, people would still need to return it in a stamped envelope unless they wanted their mail carrier and pretty much the rest of the world to know how much money they make.

But the biggest sticking point, Doggett said, is that many Americans can no longer claim some of the most-common deductions — student loan interest, for example — on the form itself. Instead, they'll need to tally them up on the separate worksheets.

"For many, many people this isn't simpler," Doggett said. "It actually becomes a great deal more complicated."