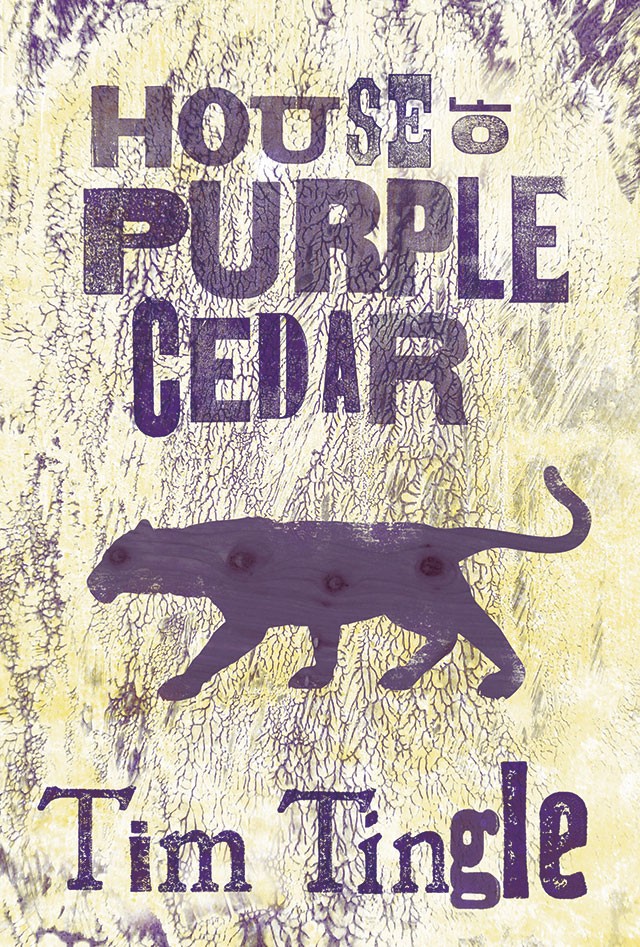 One wouldn’t think it to talk to the man, see him on stage or read one of his numerous award-winning books, but much of author and Choctaw storyteller Tim Tingle’s life was once about hiding.

Though Tingle’s grandmother’s home was a center of Choctaw pride—a gathering place where kinfolk shared food, stories and cultural traditions—no one outside of the family knew of Tingle’s heritage. This is how his Mawmaw wanted it. She had heard stories of the persecution and cruelty endured by her grandfather, who had survived the Trail of Tears in 1835, and by her great grandmother, who had not. She had also experienced violent intolerance at Indian boarding schools, where students were beaten if they spoke a word of their native Choctaw language. Tingle recalls her warning him, “Tell no one that you are Choctaw because you never know what will fall upon our family.”

Tingle harbored a second secret as well—he wanted to be a writer. Though this secret is arguably not as risky as the first, the world outside of Tingle’s family had shown him that it had no place for his stories.

It sounds like a scene in a Roald Dahl story of fantastic children being mistreated by ignorant, oafish adults. When Tingle was in the second grade, his teacher said that the class was to have 30 minutes of free time and then told them to take out their crayons and color. Understanding these to be contradictory instructions, Tingle chose option one: free time. After writing two pages of a screenplay, Tingle noticed his teacher standing over his desk. The scene unfolded something like this:

“What are you doing?” she asked.

“Writing a screenplay about Zorro.”

“A screenplay? May I read it?”

With pride, Tingle consented and watched his teacher take his writing to the front of the classroom. There, she commanded the class’ attention, read his writing aloud in a mocking tone and then tore it up and threw it in the trash.

“From that day on,” Tingle explained, 57 years later at Local Coffee, “I kept my writing to myself.”

But the force that compels a person to write can be just as powerful and difficult to suppress as one’s identity. Fortunately for readers and audiences nationwide, Tingle eventually decided to break the silence. When his grandmother died in 1970, Tingle said, “the fog of fear and secrecy gradually lifted, and we cousins took on a pride about who we were and what our family members had become.” Tingle determined he would speak out, and he had two stories he absolutely had to tell. His great-great-grandfather’s experience found public expression in his short story “Trail of Tears,” published in Tingle’s collection Walking the Choctaw Road, chosen by both Oklahoma and Alaska for the One Book, One State program in 2005. In the illustrated children’s book Saltypie (2010), Tingle touches on his grandmother’s experience at an Indian boarding school while describing moments from his own childhood. Both books, along with Crossing Bok Chitto and Texas Ghost Stories: 50 Favorites for the Telling, have received multiple awards and earned national recognition for Tingle, who travels all over the country sharing stories and songs while calling an idyllic Canyon Lake residence home.

Now, with the publication of his latest novel, House of Purple Cedar, released last month by Cinco Puntos Press, Tingle has delved deeper into history, including his own. The novel describes the destruction of Skullyville, Okla., home to a once-thriving Choctaw community that was slowly driven out by an influx of white settlers in the early 20th century. Extensively researched, the story begins with the real life arson of an Indian boarding school for girls that resulted in the deaths of 20 children. Tingle believes that the story’s violence and chilling animosity make the novel more appropriate for an adult audience. The book also illustrates that the Choctaw are one group of many—including women, children and the elderly—who have been oppressed by powerful antagonists.

A victim of and witness to domestic abuse, Tingle seems to use his narrator’s opening lines to address his own need to confront the reality of the past, forgive the transgressors and move on. The story begins: “The hour has come to speak of troubled times. Though the bodies have long ago returned to dust, too many ghosts still linger in the graveyards. You are old enough. You need to know. It is time we spoke of Skullyville.”

Tingle says that the novel took him 15 years to write because he needed 15 years to find the courage to write it. “If people don’t fling the door open and shine the light, [abuse] will continue,” he said. “And if I don’t begin to tell the truth now, I’m going to be one of those ghosts trying to grab someone walking over my grave.”

As Tingle toured the Choctaw National Cemetery in Skullyville and read historical accounts of the town’s destruction, he tried to comprehend how a town the size of New Braunfels could disappear “without a building standing and no mention on the map.” He explained: “The kettle of my imaginings boiled over a low flame as I tried to picture men capable of such cruelty. And somewhere in the course of the stewing I realized I knew these men, fueled by alcohol. I had witnessed family cruelties akin to those described in House of Purple Cedar. I had seen fear on the face of innocent women.”

It is with this personal experience that Tingle developed the resonating theme of forgiveness in his own life and the lives of his characters. In House of Purple Cedar, the Choctaw experience and Tingle’s childhood are not just stories of abuse. They are also stories of laughter, perseverance and forgiveness. The book’s title refers to a paradoxical house from Choctaw lore, one that doesn’t provide answers, but rather different ways of looking at something—much like Tingle’s stories.