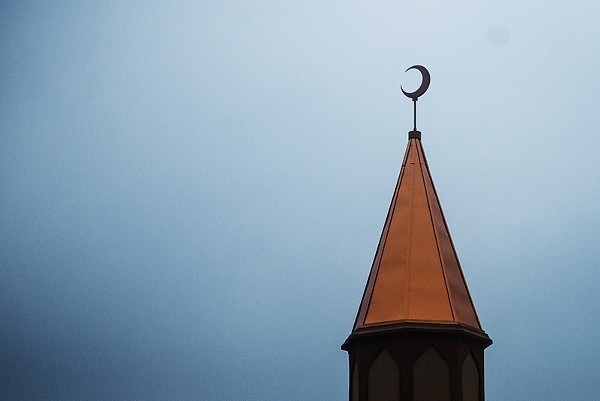 The local arm of anti-Muslim conservative group ACT for America has fired its chapter head for being too openly Islamophobic.

Roy White, a retired Air Force lieutenant, was booted this weekend for publicizing that February's ACT meeting would be a lesson in how to "shut down mosques." White, however, wasn't lying — the Thursday meeting featured a presentation by Karen Lugo, the author of a book that gives step-by-step instructions on how to use zoning laws and press local officials to prevent mosques from being built or opened in a community.

But instead of decrying Lugo, ACT officials fired White for refusing to cancel the heavily-protested meeting at which she spoke. In an email announcing their decision to supporters, ACT called Lugo "a great patriot."

"[We are] not in the business of shutting down any place of worship based on what religion it houses," the email read. But the organization (which has been labeled a hate group by the Southern Poverty Law Center) said it will continue working with Lugo.

This unclear message may be the PR response to the unprecedented public opposition to Thursday's meeting.

Usually, ACT's San Antonio meetings at Village Parkway Baptist Church go under the radar, with no more than 10 people RVSPing to each of the group's Meetup.com events (past event themes: "The Intersection of the Islamists, George Soros and Black Lives Matter" and "Refugee Resettlement - Get the Facts and Defend San Antonio").

This time, however, more than 250 people showed up to protest Lugo's message — attracting an unexpected media spotlight. The protest, attended by people representing diverse religious backgrounds, was organized by the local chapter of the Council on American-Islamic Relations, a group White has called "jihadists wearing suits."

“Evil of any kind is not going to last for too long, and lying about Islam is evil," said Sarwat Husain, CAIR's chapter head, in an interview with the Express-News. "It is extremism and terrorism of its own kind. It is inciting hate crimes against our community.”