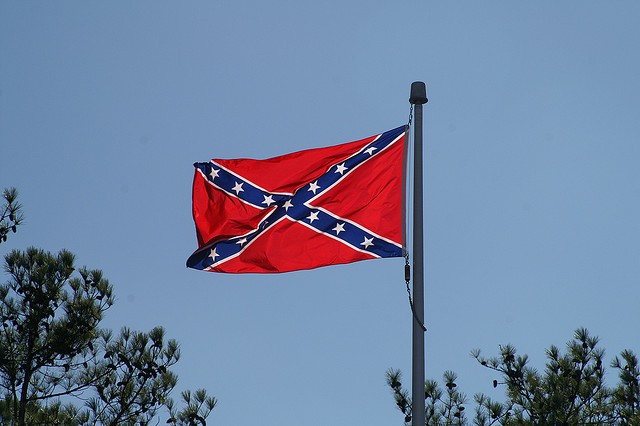 Add a local institution to the growing list of retailers distancing themselves from the Confederate flag.

Dixie Flag Manufacturing Co. will no longer make or sell the Confederate flag. The San Antonio Business Journal and the San Antonio Express-News both reported the story Tuesday afternoon.

"There's no reason to fuel the fire," Van de Putte said to the San Antonio Business Journal. "It's such a small part of the business. It's not worth the trouble."

Other retailers, such as Wal-Mart, Amazon and eBay, have announced they will no longer sell Confederate flags.

Though it's always been controversial, there's been rejuvenated opposition to the flag since Dylann Roof, a 21-year-old white supremacist, allegedly shot and killed nine black worshipers at the Emanuel African Methodist Episcopal Church in Charleston, S.C on June 17. Several pictures surfaced of Roof posing with the Confederate flag.

A slew of conservative and liberal politicians have decried the flag's display since then. State lawmakers in South Carolina, the site of the Civil War’s first battle, will soon debate whether to remove the Confederate flag from the statehouse grounds at the urging of Gov. Nikki Haley.