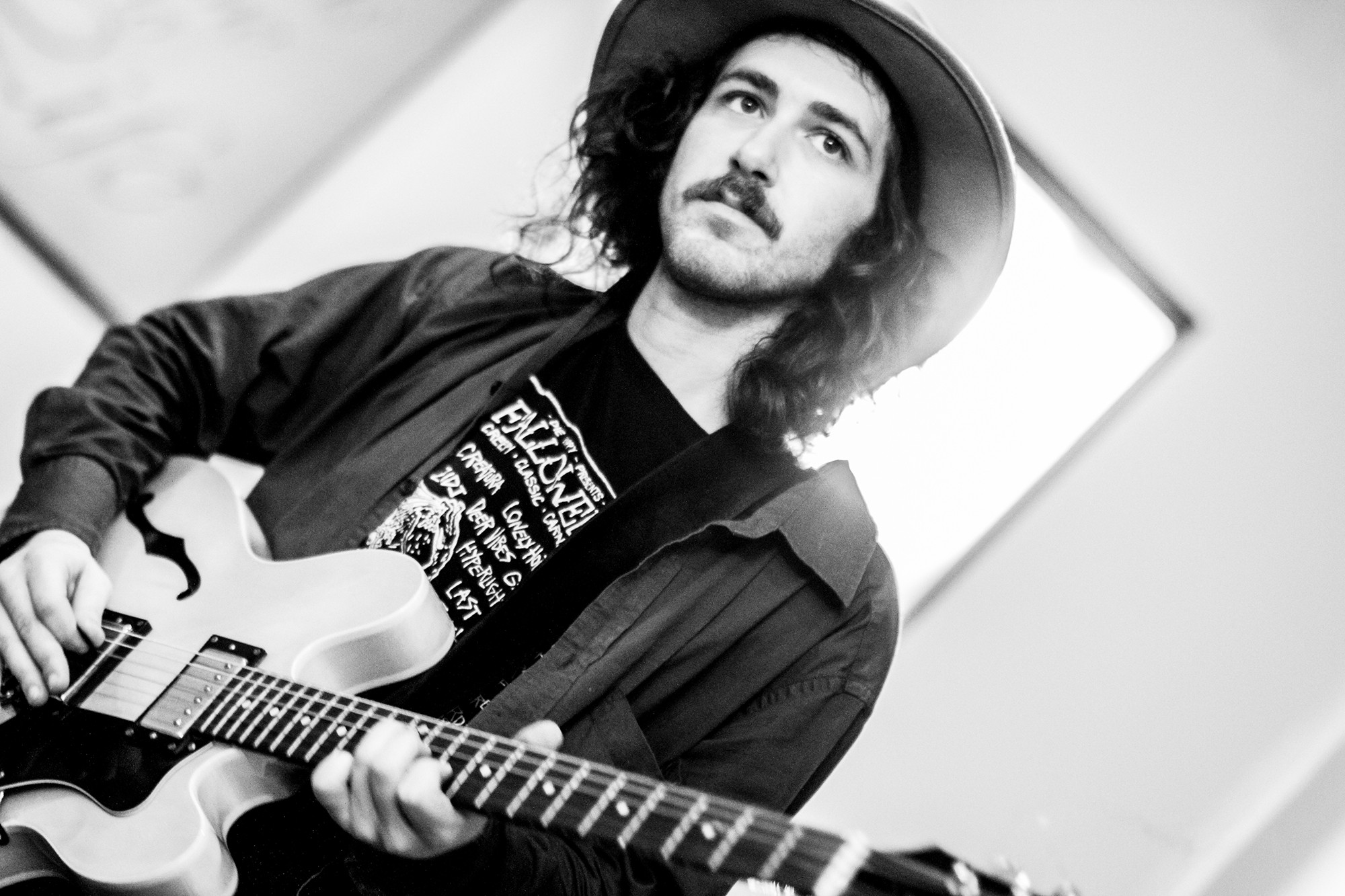 It takes a lot of gear — keyboards, drums, guitars, a spread of pedal, amps — for a band to get the quality and decibel level of sound just right come show time.

Unfortunately, it’s all too easy for thieves to silence a band, swiping gear of sentimental and considerable cash value while a band is out performing for the evening.

The only barriers to entry in this economy of gear theft are the ability to lift heavy equipment and the cruelty to take away the tools of a poorly paid artist.

Kory Cook, drummer for Royal Punisher, Mockingbird Express and just about any jazz outfit that needs a last-minute percussion expert, got his gear swiped in summer 2013. His father’s snare and a “priceless ride cymbal from the ’50s” were taken from his car parked in front of his house.

“I went to 20 pawn shops, put the word out around music stores, posted a wanted ad and lost and found ad,” said Cook. “I went to the flea market and called drum stores in San Antonio and Austin.”

But he struck out. Unlike a bandit running around town with five TVs in his car, someone moving or selling music gear doesn’t raise much of a suspicion. The financial lives of musicians are rather unsteady, so selling extra gear often means rent money or new musical toys. Good for musicians, but an inroad to anonymity for thieves.

For a music store, it can be difficult to suss out stolen gear versus legitimately owned used stuff. “You can just tell sometimes — you want to sell that guitar for how much?” asked Roland Delacruz, a clerk at Robot Monster Guitars. “We ask for IDs. The only problem is if it’s a criminal, a guy that does that will give you his real ID.”

Daniel Ray, bassist for Flower Jesus and Antique Sunlight, had his van broken into in front of his house in January 2015. His bandmates Louis Davila and Andrew Suhre lost a tweed Fender amp, an Epiphone guitar and a custom pedal.

“I’m thinking the guys were on foot,” said Ray. “They tried to hotwire the van and when they couldn’t they took all they could carry. They left a few amps in there.”

After the incident, Ray filed a police report, something he encouraged all musicians to do. “If you put it on a police report, they have it on record and in the books,” said Ray. “So if you go to a pawn shop and see your amp, they have to give it back to you.”

“Unfortunately for us, if somebody says it’s stolen, they have all the proof and police get involved, we got to give it to ‘em,” said Delacruz, who also plays in Masters of Love and D.T. Buffkin. “We lose out.”

Thieves’ abilities run the gamut, from the precision of surgeons to the sloppy work of amateurs. At 502 Bar in March, three touring vans at a Lolipop Records showcase were broken into and had their tires slashed. San Francisco’s The Electric Magpie took the brunt of the hit, losing all their gear and personal property. (Since the theft, a bass and a gorgeous Nord keyboard have been recovered.)

“Somebody definitely targeted the show,” said Deric Wynne, owner of 502 Bar. “There were a lot of bands in one place so I suppose it would be a good get … You never want this to happen because it’s a negative topic.’”

Like a big cat predator on the prowl, the pro thief’s attack is all about determining when a band has let its guard down. Whether it’s loading in, during performance or following them home, the bandit hangs around waiting for a window of opportunity.

“If I’m watching a band load or unload, you know they’re at least going to play at one point,” said Delacruz. “For 40 minutes, 30 minutes, they’re gone, and that’s when you have time to break in. It’s consistent, but it’s not just San Antonio. It’s everywhere.”

On the other end of the spectrum, Kory Cook recalled a night at The Mix in early 2014, when a carpe-seize-‘em thief took his drums for a second time.

“It was an impromptu thing, but at the same time extremely fast in the turnaround. I loaded my drums up, as long as it took me to walk back to The Mix, about 200 feet away, have half a cigarette, get paid and walk back – my drums were gone.”

Someone had seen the thief bumbling down East Ashby with his arms full of snares and cymbals — a spontaneous, 2 a.m. drum parade. Cook called police, who conveniently have a beat cop in residence on McCullough and East Ashby.

“They got hip to it, they saw the guy running down the street holding the drums, arrested him and put the drums in their car,” said Cook. “I saw the lights flashing down the streets so I had a little bit of hope. I told him what my drums looked like and he had ‘em.”

Unfortunately, there’s little a musician can do to prevent gear theft, other than taking pics of serial numbers and removing all their toys from their car when not in use.

Like blues and its descendant rock ‘n’ roll, playing live music is a deal with the devil. If you’re willing to place yourself onstage at the center of attention, someone with sticky fingers is ready to take it all away.