Local Musicians Pick the Best and Worst Of 2015

BEST: "The YOSA thang [Radiohead's OK Computer as done by local artists with the Youth Orchestras of San Antonio]."

WORST: "Whitney Houston's daughter dying the same way she did."

BEST: "Opening for the Black Lips."

WORST: "Food and craft cocktails supplanting rock 'n' roll in the hearts and minds of the going-out public." 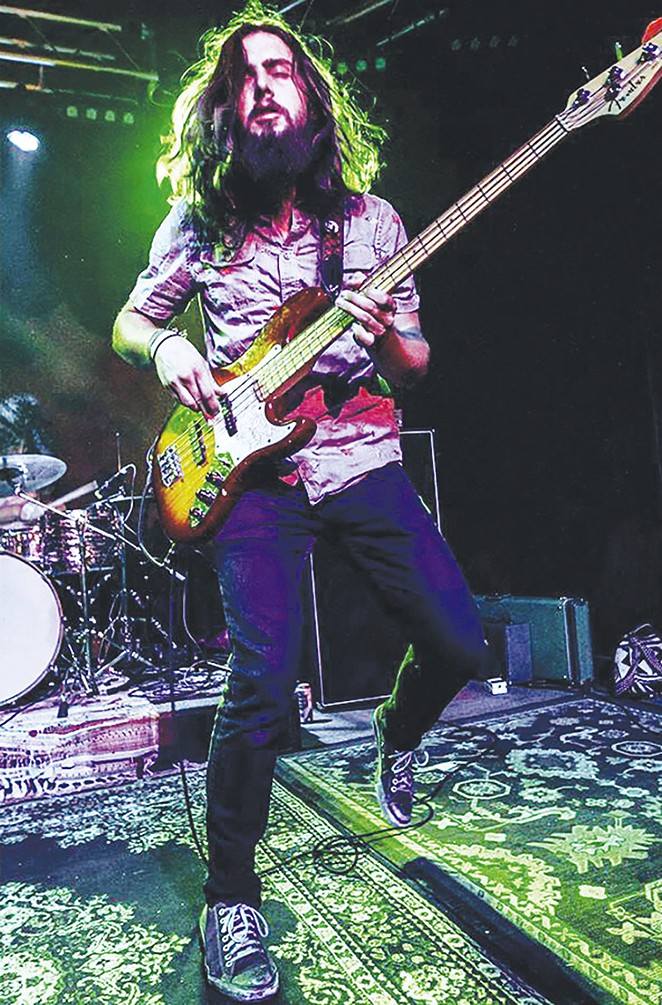 BEST: "Transmission booking the Paper Tiger. Finally getting more national acts that appeal to adults rather than 14-year-olds. Pretty big game changer for the San Antonio scene in general."

WORST: "Social networking is the worst thing to happen to anything in 2015."

Nina Diaz of Girl in a Coma/Nina Diaz

BEST: "I'm super excited that Alyson Alonzo is taking the solo route as well. She's blooming as a writer, great things to be heard from her next year. I'm bummed that Lonely Horse will no longer be a band but respect the decision. Nick Long is another amazing writer and my ears are excited to hear what comes out of him next."

WORST: "First thing that comes to mind on a national sense is the death of Scott Weiland. His music and voice had a big impact on me growing up."

BEST: "The revival of vinyl and the fact that it keeps growing."

WORST: "Musically, fashion-wise, [kids] looking like they listen to punk/new wave/goth but they have no idea that L7 reunited because they just downloaded Young Thug's new single."

Jeff and Jess DeCuir of Hyperbubble

BEST: "'When I Was a Boy' music video by the Electric Light Orchestra. The video is similar to the Beatles' 'Free as a Bird' and follows [singer/songwriter Jeff] Lynne's journey from Beatle-ized dreamer to pop music legend. The lyrics speak to and for every artist who has followed a similar vision. If that describes you, then try ... just TRY to look and listen without welling up. Actually, the song is a lot like 'Beautiful Ride' by Dewey Cox, from the movie Walk Hard, which, however tongue in cheek, also made us weep like Hyperbabies."

WORST: "Facebook holding fans hostage. If you become a fan of a band on Facebook, you may not be seeing all of their posts. Facebook posts by artist accounts are only seen by a small percentage of their fans, and that percentage got even smaller in 2015. To guarantee views, bands have to pay a ransom. Now, think about those friends of yours in local bands. Not exactly swimming in money, right? Still, Facebook is where the eyes are, so bands continue to deal with the devil. Simply put, Facebook isn't punk at all."

BEST: "I would say the best thing was Lonely Horse's album coming out."

WORST: "The worst was our album coming out."

BEST: "Getting to play on stage at the Tobin Center with, like, a 60-piece orchestra."

WORST: "The worst thing is that [Lonely Horse] never made the cover of the Current, haha."

BEST: "The release of the Royal Punisher Bullets for Breakfast album."

WORST: "The release of the Royal Punisher Bullets for Breakfast album."

Cody Mauser of The Rich Hands

WORST: "When the Spurs lost to the Clippers in the first round of the playoffs."

BEST: "San Antonio getting Paper Tiger. I think it represents a new era of the music scene for San Antonio."

WORST: "The loss of Jaime at Hogwild, Davy of Hickoids, and Jason (DJ Shabby Tiger) were definitely the worst for me."

BEST: "One of my favorite things about 2015 was the Two Ten Empire Series, which gives local music acts the chance to perform in a beautiful old theater."

WORST: "The cancer that took the lives of several of our music friends before their old age, including Shawn Terry and Davy Jones."

BEST: "My band! I want my brand of jazz to represent the young local music scene."

WORST: "I think San Antonio needs to capitalize on its local music scene. It's good and can only get better if the better bands and musicians set the standard."

BEST: "My favorite thing this year in music is the song 'Sparrow' from Windhand. I've probably watched this video 30 times since it came out, I can't get enough."

WORST: "Most of San Antonio's all ages DIY spots like Tofu House, Cafe Rev, Poorcore HQ and Ritual Art Gallery all closed down or stopped doing shows. It makes it difficult for younger fans to see our band when we're limited to mostly 21+ places, and the younger folks are usually a lot more enthusiastic about the shows."

BEST: "Nothing good or bad happened in 2015. However, the last few months of 2014 were significant. On November 14, 2014, Father John Misty appeared on David Letterman to perform his song "Bored in the USA." His routine was pure performance art and should be framed somewhere in a museum.  He used a player piano and a laugh track to deliver a cutting cultural critique of how Americans can't even slouch into death with dignity. His straight-faced belting of the tragic couplet "They gave me useless education and a sub-prime loan on a craftsman home" was immediately answered with the incongruous laugh track. It took me back to 8th grade when I really knew firsthand how cruel laughter can be."

WORST: "Oh, and this very same month (Nov. 2014), contributors at Slate, Rolling Stone and NPR tried to gushingly convince me that Taylor Swift's new record 1989 was 1) a great work of art 2) original 3) something I would like.  1) no 2) no 3) no.  If you are 40+ and you really groove on Taylor Swift, there is something deeply amiss. I'm not begrudging Taylor Swift's success — she's talented and kind of sunny and fresh in the way that she is lifting entire melodies and her complete vibe from Lorde. There is plenty of room in Musicland for everybody, but critics in there 40s and 50s ... should know better."

WORST: "Everything on pop radio, currently."

BEST: "Shape Shift by Zombi. Progressive synth rock from the deepest reaches of Alpha Centauri. Synth/bassist Steve Moore and synth/drummer Tony Paterra decided to finally get back together and smoke a bunch of pot in Steve's basement for a few weekends and bless the human race with this fantastic slab of Ancient Space Monolith Rock."

WORST: "Fucking 'Hotline Bling.' This motherfucker, fucking Drake, cursed us all with this steaming load of elephant shit that permeated my Facebook feed with unfunny memes for months."