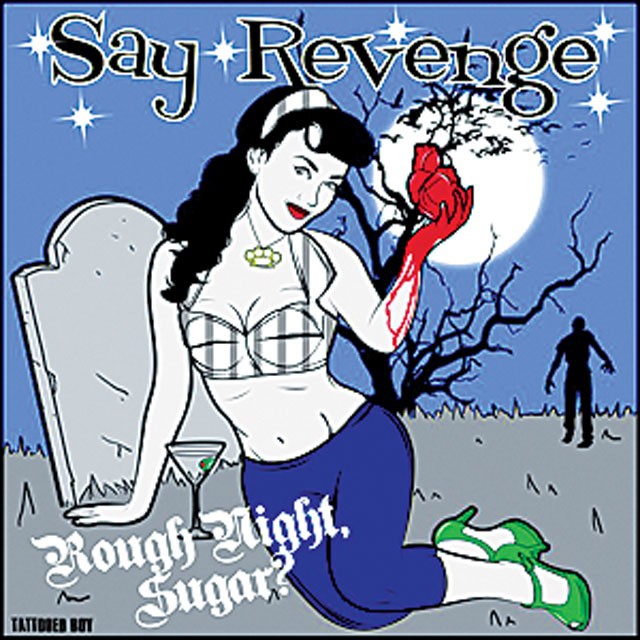 The debut album by Say Revenge! walks a fine line. On the one hand, it's everything expected from a throwback Saytown rock band. It's danceable pop-laced punk (not dance-punk), with drummer Ed "Frankeneddie" Gutierrez's beats almost always making a two-step racket, while bassist Chris "Crash" Compean and guitarist Maria "Mari Mayhem" Benavides strum out distorted noise you can hum along to. On the other hand, snarling singer Christina "Gigi Rodden" Rodriguez elevates the band beyond genre trappings with her stories about love, life, and … zombies. The band is best when indulging pop in full. Hip-shaker "Dance With You" would be on rock radio if this were 1991, thanks in no small part to Benavides' sweet opening riff. The delightfully disturbing "Stalker" begins as a near-"Take On Me" tribute, with Rodriguez cooing homicidal tendencies through tones of heartbreak. The song's breakdown is the album's best moment. "Why won't you answer the phone?!" Rodriguez roars, with irony coiled tightly around the pathos of unreturned love. Meanwhile, lead single "Everybody Likes Zombies" places Say Revenge! firmly in the now, using the undead's recent resurgence in pop culture to build a "You can't catch me" theme. Easy cash in? Sure. Still lovable? You bet.