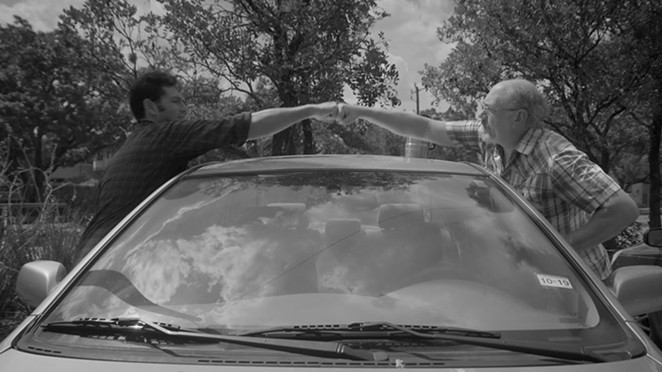 Move over Powdered Wig Machine — a new web series is coming to town.

Tomorrow, the San Antonio Film Festival is hosting the premiere of Spinning the Sauce, a comedy series filmed improv-style a la Curb Your Enthusiasm.

Created by Austin filmmaker Erik Mauck, Spinning stars San Antonio actor and director Scott Bate as Denny Perlman, a washed up actor who was best known as a Captain Gus-adjacent children's TV program host. After failing to hit it big in Los Angeles, Perlman moves back to the Alamo City and begins to teach his acting method — which he's dubbed "the sauce" — to a ragtag group of students in a church basement.


Tuesday's sneak peek screening will give locals a chance to see the eight-episode season in full, with members of the cast and crew in attendance. For those who can't make it, Mauck plans to release Spinning the Sauce on Vimeo.