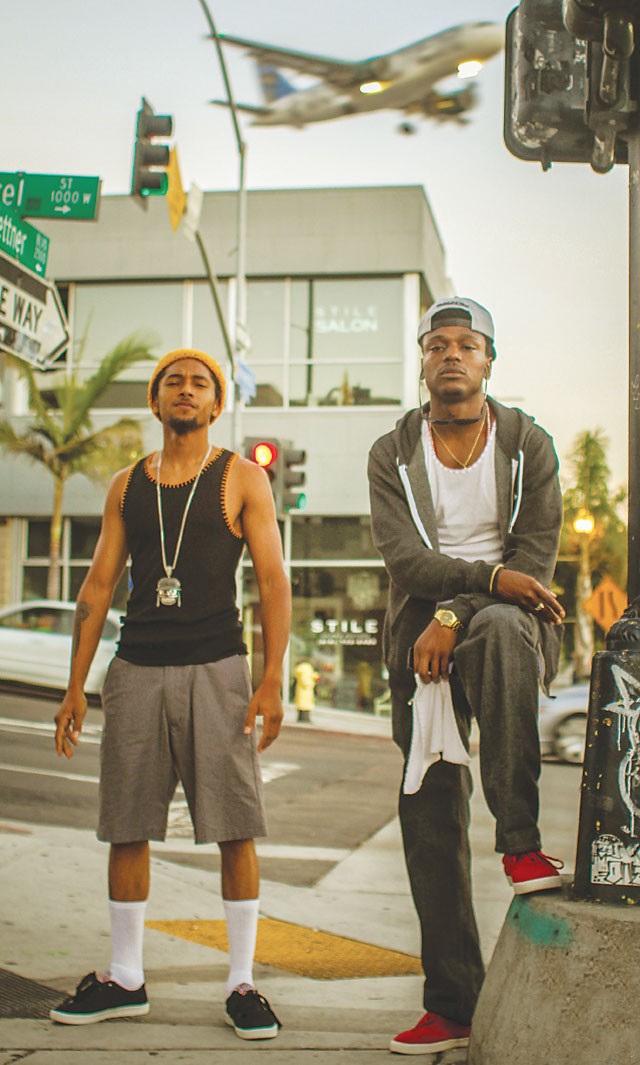 Panama is a wonderfully weird place. For starters, it is simultaneously equal parts the U.S. (by way of history and the Panama Canal), Central America, the Caribbean, and South America (Panama seceded from Colombia in 1903). At least in Panama City, the streets have no name: if you want to visit anyone, you need to go to "the house by the mango tree, across the street from the kiosk," and once there prepare to party hard: I'm still recovering from a week-long visit in the '90s.

"Yeah, we party hard, man…" said (in Spanish) Raka Dun, half of Los Rakas, the hip-hop/reggae/plena/dancehall duo he fronts with cousin Raka Rich. "But that's how we are: a fun country."

The bilingual duo (Rich was born in Northern California but spent most of his teen years in Panama) has been on an ascending run since being discovered by New York's Latin Alternative Music Conference in 2010, the first urban group to win the LAMC's Discovery Artist competition (previous winners included Kinky and Carla Morrison). Soon after that, they performed alongside Erykah Badu, Cypress Hill, and Manu Chao at the Smoke Out Festival. Their debut mixtape, Chancletas y camisetas bordadas (2011) reached number 2 and number 1, respectively, on iTunes' Latin and Reggaetón/Latin Urban charts. And speaking about reggaetón (a rhythm they seldom use), part of their mission is to reclaim Panama's status as the original birthplace of the genre.

"When we started singing we were very militant about that, but as time went by we realized now enough people know [reggaetón] was born in Panama," Raka Dun said. "What we do want is to one day go back to Panama with our own label and help other up-and-coming artists, something that other big Panamanian artists before us didn't do."

The word raka, short for rakataka, is the Panamanian dismissive term for poor, struggling, unsophisticated peoples throughout the Americas. In other countries, they're called naco, terraja, plancha, groncho, etc. A put-down term haters of the underclass use to refer to peoples with "semi-naked women whose children are barefoot," as the band explains in their press materials. Those same peoples who, for the first time in history, are represented by an indigenous and/or working-class generation of Latin American politicians who took power away from the rich through democratic elections.

"That's a great thing, because us rakas are the majority," said Raka Dun. "Children must be taught from an early age to be proud of what they are and to have the confidence to work hard and become anything they want to be. So for us to see ourselves in positions of power is a very good thing."

Next for Los Rakas: Soy Raka Presents: El Negrito Dun Dun & Ricardo, a double album a la Outkast's Speakerboxxx/The Love Below. Raka Dun's side will be the more hip hop, reggae, dancehall-ish side (with a few jazzy touches), while Raka Rich will offer the more danceable, '90s Latin house option. But first, San Antonio and a few showcases at SXSW.

"Panama is several worlds inside a very little country," he said. "And that's why, I think, our sound is so different. Come to the show and see for yourself."

Minutes after our March 5 interview, the news broke: Hugo Chávez was dead. Los Rakas posted an Instagram photo of the late Venezuelan president kissing a Panamanian flag. "Raka Chávez R.I.P.," it read, followed by a #realraka hashtag. I called Raka Dun for a follow-up comment.

"We don't know much about [Chávez's] policies," Raka Dun conceded, "but we watched documentaries and the way he talked to his people showed us he was a true revolutionary. He was an example that you can do whatever you want if you're ready to die for an idea. Unpolished, controversial, honest: just what a true raka would say.