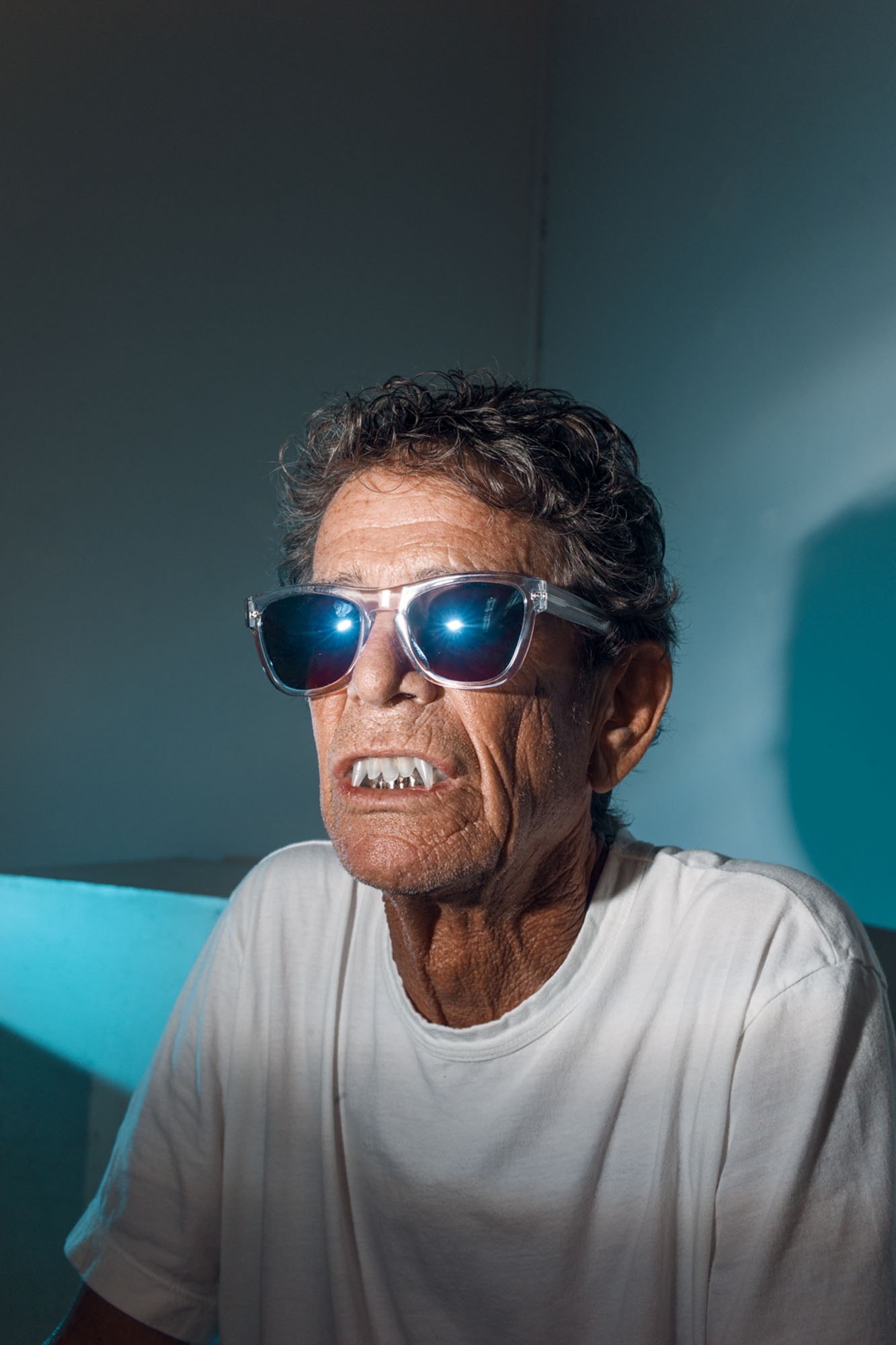 In 2009, Lou Reed—who passed away Sunday at age 71—and his wife Laurie Anderson performed in Paris during their Laurie Anderson & Lou Reed: The Yellow Pony and Other Songs and Stories European tour.

The song, included in his New York album, instantly reminds us that, besides being a sonic genius who reinvented himself with each album, Reed's poetry was as good, if not better, than his impressive, influential guitar skills. My favorite line in the song is "There's the Born Again Losers and the Lavender Boozers," but each line is a killer. Here's the complete lyrics to "Halloween." Let us all sit back, enjoy, and learn.

As she cruises Christopher Street

And some Southern Queen is acting loud and mean

Where the docks and the Badlands meet

There's a Greta Garbo and an Alfred Hitchcock

And some black Jamaican stud

I almost fell into my mug

There's a Crawford, Davis and a tacky Cary Grant

And some homeboys lookin' for trouble down here from the Bronx

But there ain't no Hairy and no Virgin Mary

You won't hear those voices again

And Johnny Rio and Rotten Rita

There's the Born Again Losers and the Lavender Boozers

And some crack team from Washington Heights

A Tinkerbell in tights

This celebration somehow gets me down

Especially when I see you're not around

In Latin, Greek or Spic

Dishing all their tricks

It's a different feeling that I have today

Especially when I know you've gone away

There's a girl from Soho with a T-shirt saying, "I blow"

And the girls for pay dates are giving cut rates

Or else doing it for free

And I don't want to hear it anymore

No consolations please for feelin' funky

I got to get my head above my knees

But it makes me mad and mad makes me sad

And then I start to freeze

In the back of my mind, I was afraid it might be true

In the back of my mind, I was afraid that they meant you

See you next year, at the Halloween Parade