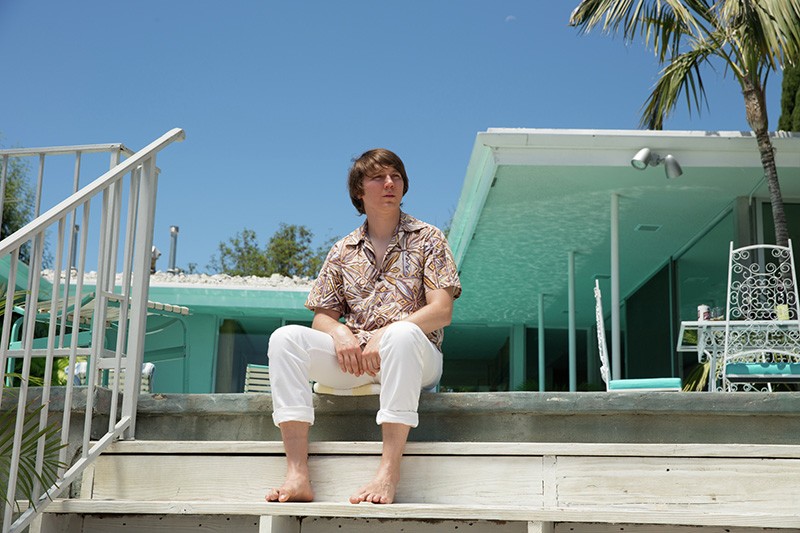 Most biopics suck. Oh, sure, history of the Oscars is littered with actors who have taken home the statue for playing real-life individuals whose lives were worthy of cinematic treatment. But how many folks actually put films like Ray, Walk The Line or J. Edgar in their Netflix queue?

The problem with most biographical dramas is that they play like a greatest hits sampler of this-then-that moments rather than a satisfying story or insightful character study. The best are set against amazing historical and social backdrops (Lawrence Of Arabia, Goodfellas, The Last Emperor) or focus on a narrow defining aspect of an individual's life (Ed Wood, The Social Network, American Splendor).

The long list of movies about singers (rock and roll especially), artists and entertainers is particularly uninspiring. For every Sid And Nancy there are a dozen movies like La Vie En Rose, Great Balls Of Fire or Nowhere Boy, which mostly distinguish themselves via their lead performance rather than story. Their plots are so laughably predictable it's hard to take most of them seriously, especially if you've seen Jake Kasdan's Walk Hard: The Dewey Cox Story, a clever send-up of the genre.

Oren Moverman was the co-writer on 2007's unorthodox if not entirely successful attempt to capture the life of Bob Dylan in I'm Not There. Using six different actors to depict different elements of the musician's chameleonic life, it earned kudos for challenging biopic conventions. Moverman has returned to the genre as the co-writer of Love & Mercy, which takes aim at Beach Boys Brian Wilson's story. Once again he and Michael Alan Lerner attempt to tackle biopic conceits in non-traditional fashion.

Flipping back and forth between two specific moments in Wilson's life — the recording of 1966's Pet Sounds and his 1980s drug-addled struggles under the dictatorial care of therapist Eugene Landy — director Bill Pohlad's film is half of a truly great movie.

Paul Dano brings a jittery, frantic yet entirely authentic unease to the 1960s version of Wilson, as the film exquisitely details the way the Beach Boys' front-man slowly withdrew from his bandmates, friends and family and became consumed by his music. Pohlad understands the inherent dramatic strengths of watching people in a physical state of artistic creation, letting us inside their process.

Jumping around the studio, orchestrating the sounds and rhythms of a song only he can hear in his head, Wilson is lost in a musical reverie that's exciting to witness. Whether it's seeing him drop bobby pins onto a piano's strings to get the band's iconic plinky-plink sound, playing conflicting keys simultaneously or explaining his inspirations to studio musicians at first baffled then blown away by his innovations, you get a real sense of what it's like to work alongside a genius.

Those moments are balanced by confrontations with the increasingly frustrated Mike Love (Jake Abel), who neither understands nor appreciates Wilson's inspiration, and the soul-crushing resentment of Brian's father, Murry Wilson (Bill Camp), a viciously slimy and relentlessly selfish producer who seemed to delight in demoralizing his son.

Cusack gives one of his better performances in years, but he has never been an actor who disappears into his roles. As a result, he plays Wilson as likeably addled paramour, showing only small flashes of the man he once was. Of course, Cusack isn't helped by a story line that forces him to be the rope caught between two parties in a tug-of-war over his future.

The parallel narratives offer an interesting contrast in persona but ultimately don't really work. Every cut to the '80s is accompanied by a desire to return to the '60s, where we are immersed in Wilson's fevered mental state.

"Sometimes it scares me to think about where the music comes from," Dano softly confesses. Composer Atticus Ross answers that statement with layers of dense, abstract aural collages that build into the joyful harmonies for which Wilson is known. At times we're unclear as to whether we're hearing the actual music, a metaphorical representation of artistic inspiration or the haunting contortions of a fractured psyche. It's probably unreasonable to expect a movie to stay in this psychedelic state for its entire running time but, damn if it isn't exhilarating when it does.