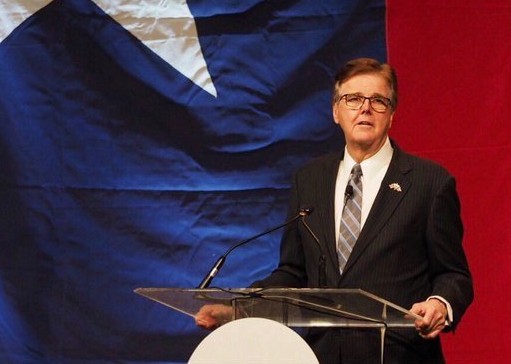 As he's threatened to do, Lt. Gov. Dan Patrick led Republicans in the Texas Senate to alter its procedural rules, derailing Democrats’ ability to block legislation in the GOP-controlled upper chamber.

In a 18-13 vote Wednesday that split along party lines, state senators lowered the threshold needed to move legislation to a floor vote.

Previously, the body required a three-fifths supermajority — or 19 votes — to bring bills to the floor. However, the election of Roland Gutierrez, D-San Antonio, in November dropped the number of Republicans in the Senate to 18.

Having a supermajority in the body previously allowed Patrick and other conservatives to push forward controversial culture-war legislation such as his widely derided bathroom bill, which sought to punish transgender residents.

"Texans reaffirmed in the 2020 election that they support conservative candidates and conservative policies, and I am committed to again moving a conservative agenda forward," Patrick said in a statement in December.

In comments to the media, Democrats warned that Wednesday's procedural change amounts to a power grab that reduces the Senate's role as a deliberative body and allows the majority party to bypass compromise.

“I fear that we are on a path that is taking us to Washington, D.C., and a toxic environment," state Sen. Carol Alvarado, D-Houston, chair of the Senate Democratic Caucus, told the Texas Tribune.