Luminaria Returns With a Bold New Vision for San Antonio 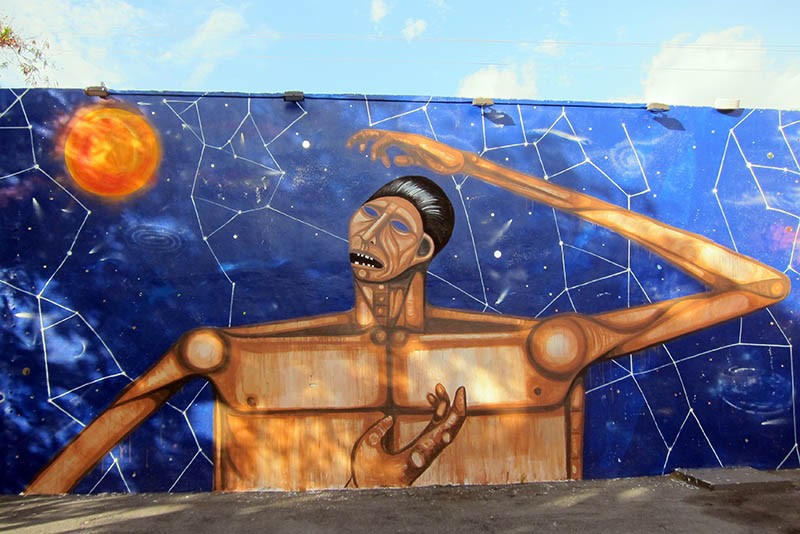 With March, there came rain, but no Luminaria. Months passed, and some gave up hope that the annual festival would return to San Antonio's cultural landscape. But on November 7 and 8, Luminaria comes back for its seventh year with bold intentions.

Historically, Luminaria has been an ever-shifting entity. Mayor Phil Hardberger originated the festival in 2008 as a one-night celebration of work created by San Antonio artists. The event continued to pop up in various locations downtown for three years, before settling into Hemisfair Park from 2011 to 2013. This year, Luminaria returns to the street as artists from all over the world descend upon San Antonio to revel in the city's position as a cultural crossroads between North and South America.

Luminaria 2014 reaches from Central Library and the Southwest School of Art all the way to the new Tobin Center for the Performing Arts and the River North Extension. This expanse of urban landscape becomes a central aspect of the experience. Creative Director Noah Khoshbin believes this year will hearken back to the original spirit of Luminaria because of it. "The synergy on the street is going to be different than past Luminarias," he explains. "It will be epic in terms of the scale. We're really working on three levels, which is the river, then we come up to street level and then we come up to work on the facades. It's a vertical energy."

This vertical energy, this looking upward or forward, is ever-present at the festival. No matter your position within the footprint, you're looking up. On the river, you're watching the artists above you; on the street, your gaze drifts to the 30-foot projections and murals that surround you. This upward movement can be said of Luminaria's creative team itself—constantly looking ahead, thinking about San Antonio's position as a global platform.

Luminaria is not the only organization looking forward. The Western Arts Alliance, a consortium of professional performing artists within the western United States chose San Antonio as the site for this year's WAA Institute program, The Emerging Latin Majority (November 5-9). Because The Emerging Latin Majority takes place within the same time and space as Luminaria, the curators chose to converge with the Institute's theme in regards to the selected artists. Khoshbin says of the city, "you can look at [San Antonio] geopolitically, as obviously we're in the southern United States, or you can look at it in another way—that we're the northernmost city in a trajectory south into South America." With this in mind, he carefully curated a group of national and international artists that would build upon those themes. These selected artists have shown at places such as the Tate Modern (Dr. Lakra), Fondation Cartier pour l'Art Contemporain (Basko Vazko), and the Venice Biennale (Wilfredo Prieto), and include what Khoshbin calls the "most important street muralists in the world."

Locally, Ethel Shipton considered the theme and created a list of criteria for potential participants. The criteria included: past participation in the festival, a demonstrated history of moving the community forward, work that would resonate within the urban environment and work history outside of the city. She notes, "Everybody seems to be doing things intensely in San Antonio and just as intensely outside of San Antonio. So they too are becoming national and international, not just local. So it seems the parameters are starting to be blurred of local/national/international artists."

Once Luminaria is over, the artists' imprint will not be forgotten. Highlighted works will remain as "legacy works," becoming "cultural assets of San Antonio." Khoshbin furthers, "Luminaria is giving back to the city of San Antonio and also the arts organizations in San Antonio, so that these works become a cultural magnet."

Luminaria promises two jam-packed evenings filled with multisensory delight. The following breakdown highlights installations from each level of the experience. To find the full schedule, including an interactive map, visit luminariasa.org.