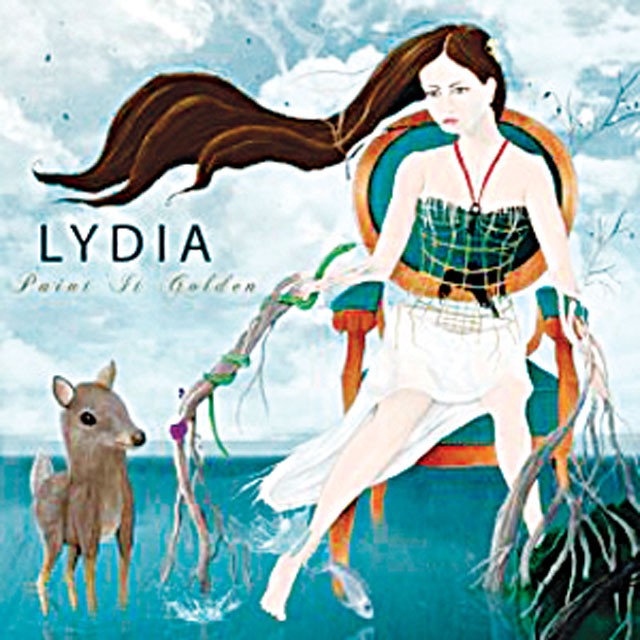 Lydia's candid melodies paint a glittering picture of a dream-like sequence often seen in films. Reminiscent of their sophomore record Illuminate (2008), Lydia rises from its freshly dug grave with a light-hearted, yet emotionally raw fourth album. While most Lydia followers were puzzled by the seven-track disc Assailants (2010), released during their "Goodbye & Farewell" tour when they called it quits, Paint It Golden lays out the pieces carefully. Though some will surely yearn for beloved ex-vocalist Mindy White, whose departure left the band on its deathbed, each song on Golden fuses into the next with waves of nostalgia, though hardly for female vocals — guitarist Leighton Antelman takes good care of that now. Opening the album in a melancholic piano progression, "Hailey" shatters the somber tone with an upbeat chorus uncommon in previous albums. "Get It Right," "Best Nights," and "Season" embrace the best of both worlds while integrating the catchy, pop sounds of Assailants with the flowing beauty of Illuminate. Chirping "birds" in the background of multiple songs fail at adding distinction to individual songs, but magnify the imaginary sensations of floating through space. Lydia's resurrection proves successful with these 10 tracks, demonstrating that White's silence is, indeed, golden.