Lyft Is Back, Folks 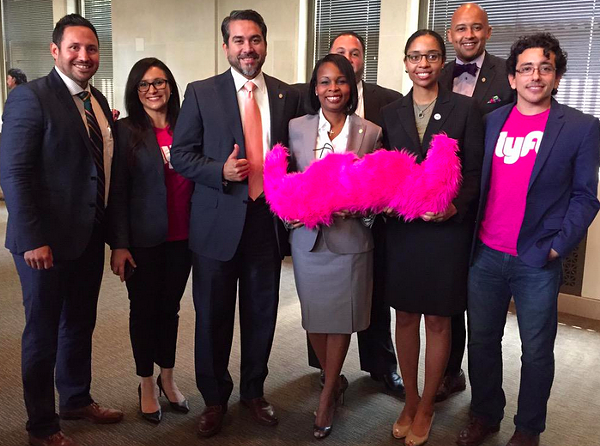 The transportation network company's return comes months after the City Council revised its vehicle-for-hire ordinance in March, which both Lyft and Uber called burdensome, resulting in the companies ceasing operations. In August, Lyft struck a deal with the city for a nine-month pilot program, which the council approved by a 6-5 vote, prompting their return. Uber followed suit in October.

Uber started operating almost immediately, but Lyft was mum about its intentions for months, until now.

A Lyft explainer says the company is partnering with the San Antonio International Airport. Through January, passengers can get $5 off their next two airport rides by using the code FLY2016. Lyft will also be giving San Antonio passengers $10 off five rides to try the service.

Mayor Ivy Taylor is scheduled to take the first Lyft to City Hall tomorrow morning, according to the company.

Here's everything you need to know about the pilot program.