Mack Lindsay : Comedy Without The Leather 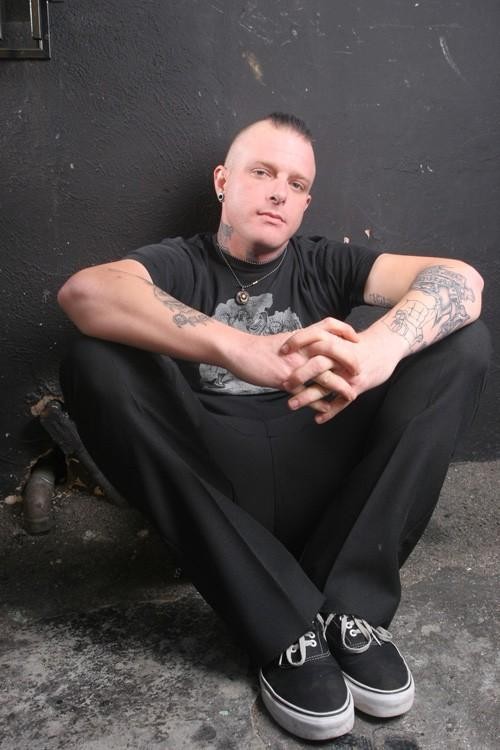 Anytime a comic comes across as dark, heavy, or political they’re always accused of trying to be a "Bill Hicks."

Sometimes it’s accurate. Some comics are visibly copping Bill Hicks’ mannerisms, aggressively creating an image of danger to seem edgy (go to any Open Mic and look for the guy in the leather jacket).

Then there are comics who go beyond the edge. It’s not an act. They open up their ideas as a verbal bloodletting and pour it out like children poking at an ant pile.

Mack Lindsay is this comic.

In 10 years Mack has taken the stage in what I can only describe as a sadistic passion play, teetering with the idea of making an audience laugh while threatened at the same time. He has an ominous presence that a decade of performing has only made stronger. Nothing about him is manufactured ... Even though he might be the first to say it’s all manufactured.

Mack Lindsay questions not only everything around him, but himself as well. In the most honest and brutal of ways. It explains why for many years he toured under the moniker ‘Stand Up Is Dead’ in an effort to destroy the banal commercial aspects he saw in the art form he loved most.

While there are multiple underground stories about him that circulate the to this day, the drug use, the melt downs, not to mention the numerous threats of violence from gun toting rednecks. Lindsay has moved on to become as pure a performer he can be.

His accolades include being a paid regular at the renowned Comedy Store in Los Angeles and chosen as the first comedian to headline the stand up portion of the ‘Van's Warped Tour 13.’

The ‘Bill Hicks’ tag goes even deeper as he was noticed and picked up very quickly by Sacred Cow Productions, helping them produce as well as cameo in Showtime's "American Drug War: Last White Hope."

Ultimately, the labels are meaningless to him. ‘Dark,’ ‘Edgy,’ ‘Hicks-like,’ he spends no amount of time reflecting about it. The only description Mack Lindsay cares about is being funny.

On Thursday December 2, 8pm at Laugh Out Loud Comedy Club, Mack will headline the ‘Don’t Heckle Me Tour.’ This is your best chance to see why Mack Lindsay may be the most important comic you have yet to hear.

The tour, created by fellow Houston native turned standup Nick Aluotto, is a vehicle for emerging talent who break the mold of traditionally safe standup comedy.

No stranger to alternative venues himself, Nick has worked tirelessly to promote and perform anywhere there’s a willing audience. Having shared the stage with acts like Doug Stanhope and Neil Hamburger, Nick is developing a voice that sounds mature beyond his years.

If you value originality in comedy December 2 at Laugh Out Loud is where you need to be.

You may laugh, you may cringe, but absolutely you can be assured — there will be no leather jacket.