'Mad Max' Reboot Works As All Action, No Plot 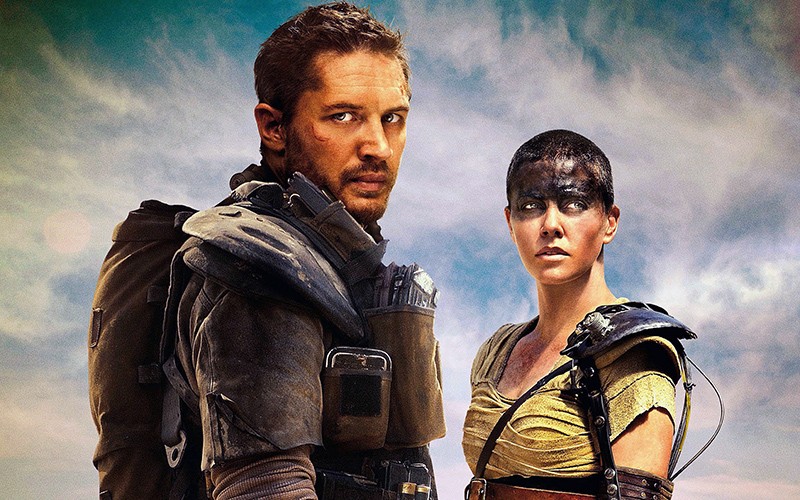 So this is what a two-hour action scene looks like.

Mad Max: Fury Road is 120 minutes of noise, action and more noise. It's an unrelenting assault on the eyes and ears that almost feels invasive, as if director George Miller wants us to experience every bone-crushing moment rather than simply watch it. Boy, is this a helluva ride.

There is no story. We're talking absolute zero in terms of plot. We have people on the run and people trying to catch them. That's it. The entire movie is one long chase, with small breaks to map out strategy before the next fight starts. It's episodic and feels like a video game: After one level/fight is complete you move on to the next, more challenging fight. Coincidentally, video game play and Mad Max have the same core objective: survival.

Consider that word for a moment, survival. It is the most primal of human instincts and is a fitting description here. The barbaric savages who inhabit the post-apocalyptic hellhole in which the movie is set will stop at nothing to kill one another and claim the few precious valuables (water and ammunition) left on the planet.

Our morality aligns more with former cop Max (Tom Hardy) and renegade Furiosa (Charlize Theron) because they're escorting a group of innocent girls (three of whom are played by Rosie Huntington-Whitely, Zoë Kravitz and Riley Keough) away from villain Immortan Joe (Hugh Keays-Byrne), who looks like the Predator if Predator made his own outfit. Joe has convinced his followers, called "War Boys," that he's returned from the dead, so they're willing to die for him because they believe they will live again, too. One character caught between the two sides is Nux (Nicholas Hoult), who's a weakling but still resourceful.

Miller, who made the original Mad Max trilogy (1979-85) and is also credited as a co-writer (with Brendan McCarthy and Nick Lathouris) here, storyboarded the entire film before he had a screenplay, so he knew all along the emphasis would be on visuals rather than narrative. As a result, the action scenes are elaborate and spectacular, particularly one in a sandstorm and numerous ventures through a canyon. Best of all, the choreography and execution of the sequences is clear and suspenseful — they are not over-edited to the point of incongruity. Miller allegedly tried to rely as much as possible on practical (i.e. on-set) effects and stunt work rather rely on special effects; you can't say it looks authentic, but you can say it doesn't look overly fake and/or animated (like Transformers), which is a compliment.

The setting is a barren future, so it's almost surreal how the desert is oversaturated to the point that it's nearly orange. At night, it doesn't get dark but rather steely blue, which reflects the cold and unforgiving world in which the characters live. The costumes (by Jenny Beavan) and makeup (by Nadine Prigge) are outlandish and gaudy, extreme for the sake of shock value rather than practicality.

In fact, nothing about Mad Max needs to be as over-the-top as it is, yet because it is we appreciate its energy and effort that much more. For example, Immortan Joe's convoy includes a truck with three elevated levels of drummers in the back and an electric guitar-playing "War Boy" hanging from wires in the front. Truly, much of Mad Max has to be seen to be believed.

As for the lack of story, let it go. It feels like there's plenty of backstory for all the main characters that Miller either forgot or neglected to tell us, perhaps because he wanted to focus exclusively on the action. Given that Hardy is signed for three Mad Max films after this, more will presumably be revealed in future installments.

As for now, embrace Mad Max for all the well-staged fighting and chaos that it's worth, because most of it is pretty exciting. And just when you think it's over, just when you think the last hyper-violent explosion/impalement/stabbing/shooting has crossed your eyes, you will not be able to take your eyes off the screen.

The darn musical score, by Junkie XL, so repetitive throughout, keeps playing in your head like an incessant earworm that you can't turn off no matter how hard you try. Some will consider that a good thing. Others will find it annoying, even haunting. Regardless, having a thrill ride like Mad Max stay with you well after the credits roll is a sign Miller did something right.

It took eight months to shoot the film in Namibia and in various locations in Australia. By the end of principal photography, more than 480 hours of film were shot, which roughly equates to three consecutive weeks worth of footage. Cutting 480 hours down to two couldn't have been easy.

Opens May 15 at Santikos Theatres