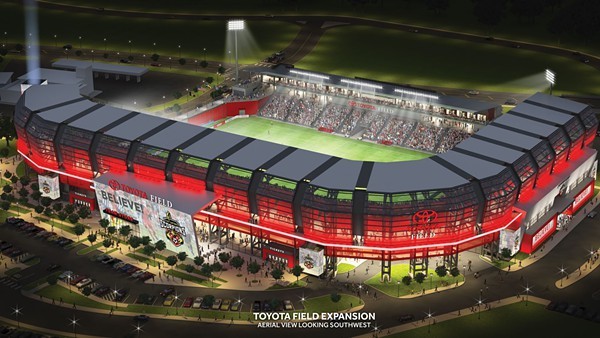 Good news for San Antonio soccer fans: The Major League Soccer Board of Governors expressed its support for the league to eventually expand to 28 teams, increasing the chances that San Antonio will at some point land an MLS franchise.

The league will almost certainly add teams in four cities by 2020: Minnesota, Atlanta, Los Angeles and Miami. The first three will join MLS within three years, with Miami to come later on. Expansion beyond those clubs is in the works, but without a definite date, according to MLS Commissioner Don Garber.

"There is no shortage of demand for MLS expansion teams, and we believe the opportunity exists to grow beyond our current plans," Garber said in a news release. "During the next few months, we will evaluate the possibility of growing the league to 28 teams and establish a process and timeline should we decide on further expansion."

Garber did not say which cities were being looked at as potential expansion sites, though San Antonio — along with cities such as Sacramento and St. Louis — has long been on a short list.

The announcement is in line with what MLS has signaled in the past. But the confirmation of future expansion makes the bet made by the City of San Antonio, Bexar County and Spurs Sports and Entertainment look safer.

Those three entities jointly purchased Toyota Field for $21 million last month from local developer and philanthropist Gordon Hartman with the intent of bringing a MLS team to San Antonio. Spurs Sports and Entertainment will spearhead the recruitment effort; if the group fails to bring a team to town within 13 years, it will have to pay the city and county $2.5 million each.