“Make Tacos Not War:” Words and Matter at Austin’s Blanton Museum of Art

One of the most visible works in the Blanton Museum of Art’s new exhibition Words/Matter: Latin American Art and Language is Make Tacos Not War (2007) by Alejandro Diaz. Born in San Antonio and now based in New York, Diaz’s work recalls the complex and visually rich culture of South Texas and Mexico through the clever use of words and symbols. Diaz spent several years in San Antonio working as an artist after graduating with a BFA from UT Austin, and co-founded Sala Diaz, an experimental artist-centric gallery, in 1996. Diaz is just one of more than 50 artists that use language, letters, and words in their work to make personal, poetic, and political statements that are included in Words/Matter. The exhibition features more than 150 works by artists from across Latin America including Mexico, Argentina, Cuba, Brazil, Peru, Uruguay, Venezuela, Chile, and Colombia, as well as the US. 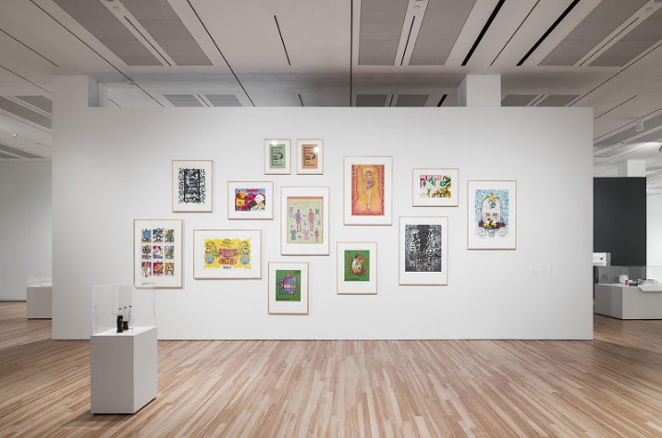 Another popular work is an artist book by Leandro Katz that celebrates the letter Ñ, with seven vibrantly colored prints of the letter, each enlarged to fill an entire page. With triumphant tildes, the Ñ’s vibrate in yellow, orange, red, violet—proclaiming a poetic affirmation of the Spanish language. The book also includes dictionary entries of all the words in Spanish that begin with ‘ñ.’ Many of these words were adopted into Spanish from indigenous languages in Latin America, highlighting how those sounds made their way into Spanish as we know it. On Thursday, April 18, Katz will be at the Blanton to give a free lunchtime lecture on his work. 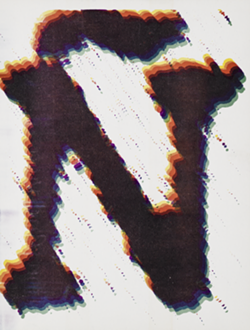 Whether it’s by inventing alphabets and unraveling scripts, or by fluidly engaging with prose and poetry, producing socially empowering art, or pioneering conceptual practices, Latin American artists have something to say. Words/Matter: Latin American Art and Language at the Blanton highlights these subversive statements, witty wordplay, and poetic musings—all appearing in powerful works of art.

Visit the exhibition on view at the Blanton Museum of Art until May 26.

Throughout the run of the exhibition, there will be several related public programs, including tours and these upcoming talks by artists and leading thinkers about Latin American art and language: