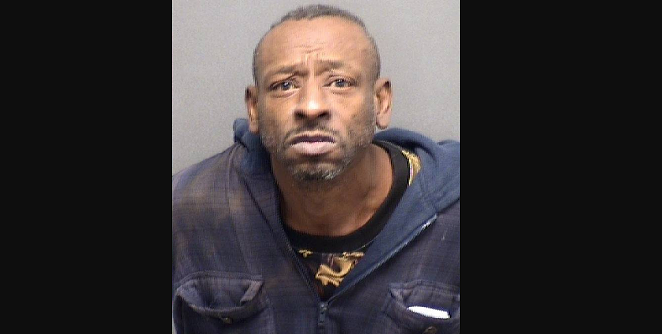 A man has been arrested for allegedly vandalizing the San Antonio Police Department headquarters over the weekend.

On Wednesday, authorities arrested Bruce Jones, who is accused of spray-painting "RARIST OF VET FAMILY" on a building at the downtown headquarters on Sunday.

Jones, 49, had an active warrant for a charge of criminal mischief between $2,500 and $30,000, according to KSAT. Officers assigned to SAPD's East Substation said Jones' vehicle matched the description of one spotted during a separate vandalism case that occurred last week near Jones' home.

Detectives found a can of spray paint in Jones' driveway, where graffiti was also painted.

Authorities have interviewed Jones following his arrest. It's unclear whether he will face additional charges related to the second graffiti incident.