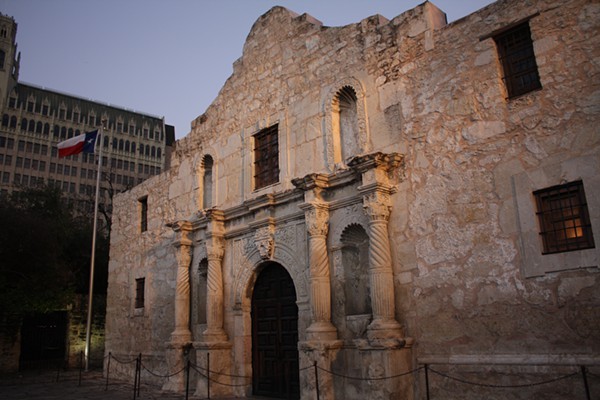 Julio Perez, a 22-year-old man from Laredo, was arrested yesterday for carving his name on a wall in the Monks' Burial Room of The Alamo.

An Alamo Tour Guide saw Perez using a key to etch into the wall. She called out to him "You can't do that, you need to stop!", according to the police report.

Perez fled from the guide, but was apprehended and detained by Alamo Rangers officers, who handle security at the shrine.

The guide found a 3-inch by 1-inch carving that read "Julio" on the limestone wall.

"In Texas we take our history seriously and consider the Alamo to be sacred ground. Desecration of any part of these hallowed grounds, especially the walls of the Alamo Chapel, will not be tolerated and we will support prosecution to the furthest extent of the law," said Mark Adkins, chief of the Alamo Rangers.

The area near the Monk's Burial Room is now off-limits as preservation experts assess the damage and plan repairs. Repairing the damage could cost $250,000.