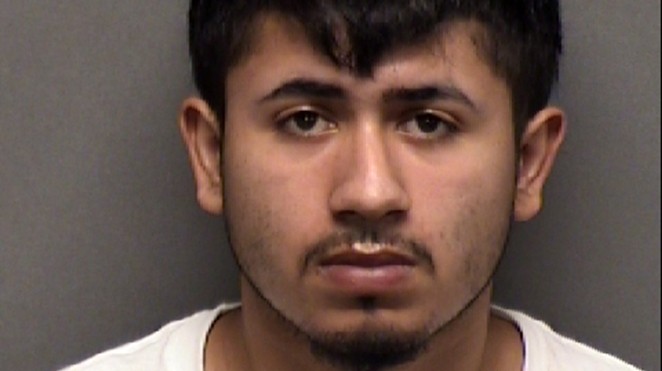 A man is in police custody, accused of raping two teenage girls – one of whom came forward to authorities after she said her own family members refused to believe her.

According to a News 4 San Antonio report, the 16-year-old victim told police that her accused rapist, David Luis Munoz, 19, is a friend of an older relative. Munoz reportedly hung out at the girl's home often and "began to show sexual attraction" toward her last year. She said Munoz sent her unsolicited explicit photos and made sexual advances toward her.

The 16-year-old victim said she alerted her relatives to Munoz's actions but they didn't believe her. Instead, they suggested she block Munoz on social media and ignore him, the girl told authorities.

According to an arrest affidavit, Munoz was at the victim's home in 2018 when her brothers were not home and her mother was asleep. The victim said Munoz sexually assaulted her in a bedroom and again a month later.

She said she didn't tell her family about the second assault since they ignored her initial request for help.

More recently, the girl had a 15-year-old female friend sleep over. The friend said Munoz messaged her on Snapchat in the middle of the night, telling her that he was also at the house and requesting that she come to him.

The second victim met Munoz in a bedroom, at which point, he "forced her to engage in sexual activity," she said. According to reports, Munoz recorded the assault on his phone and posted it on social media.

Munoz also bragged to the initial victim's brothers that he had posted the video to a pornographic website, according to reports. The 16-year-old saw the recording and told her mother about it. The mother reportedly replied that she "could not control" what Munoz did inside her home.

Desperate for someone to believe her, the 16-year-old showed the video to her friend's mother, who then assisted in calling police, authorities say.