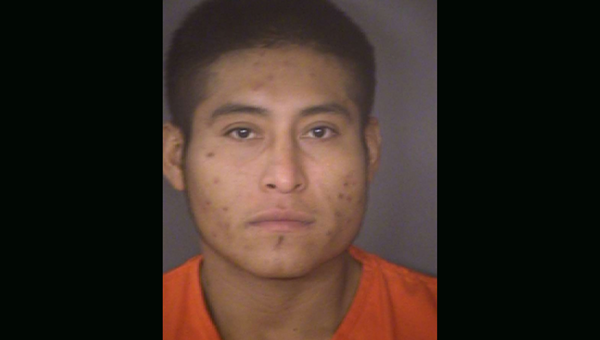 A man has been arrested for allegedly breaking into his ex-girlfriend's home and hiding in a bathtub last Friday.

A woman told investigators from Bexar County Sheriff's Office that she found her ex-boyfriend, 32-year-old Nicolas Ambros Cagal, in her home after she had been gone all day. According to the official report obtained by News4SanAntonio, the woman and her mother heard a noise coming from a bedroom. Her mother then went into the room to investigate, and returned to the dining table when she didn't see anything.

According to official court documents, the mother left the house and the victim later went into the bathroom to change clothes. Instead, she found Cagal hiding in the bathtub. The woman said Cagal then began to ask where she had been all day. The San Antonio Express-News reports that the woman asked Cagal to leave, but he refused. After two hours, she fled her home and called for help at a nearby store.

The newspaper reports that an arrest affidavit said the woman had recently broken off their three-year relationship. Since then, Cagal has allegedly made the woman fear for her life on numerous occasions.

In addition to being charged with stalking, a third-degree felony, News4SanAntonio reports Cagal is also accused of breaking windows at that same house in December and hitting the victim in the head with a 2x4, causing her brain to bleed, in October.

Cagal was booked into Bexar County Jail on Tuesday is being held on an immigration detainer, according to the Express-News.