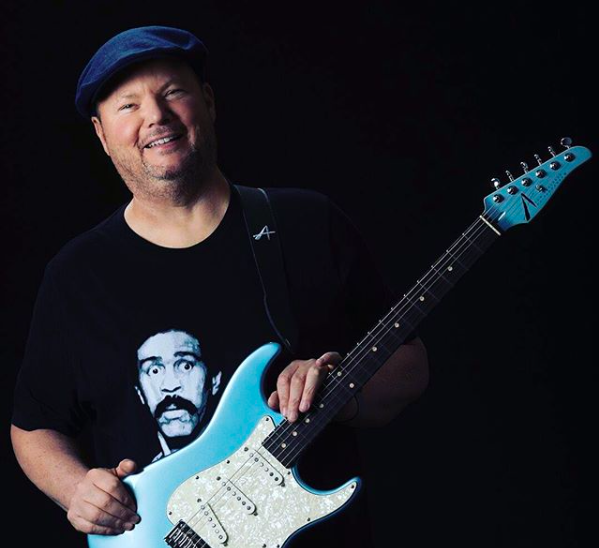 A Texas yacht rock fan is circulating a petition to swap downtown's now-departed statue of Christopher Columbus with that of a substantially less controversial Christopher — and one with legit Alamo City ties.

Someone identified as Ed E recently posted a Change.org petition seeking a city council vote to put up a statue of San Antonio-born soft rocker Christopher Cross in place of the removed statue.

Ed E promised to personally present the proposal to council, assuming he can get 1,000 signatures. By press time Tuesday, 569 people had signed on in support.

"Christopher Cross is a San Antonio treasure," the petitioner explains. "You can even keep half the name on the plaque."

Ed said that he's from Austin, adding that his city's Stevie Ray Vaughn statue has become an iconic fixture. The music of the Grammy- and Oscar-winning Cross "is a gift to us all," he added.

Cross, now an Austin resident himself, graduated from Alamo Heights High School and had a string of mellow hits in the late '70s and early '80s, including "Sailing" and “Arthur’s Theme (Best That You Can Do).”

Cross appears to have gotten wind of the petition, noting on his Facebook page that it gave him a "chuckle."

"The quarantine is inspiring some creative mischief among a few fans," the musician added.

In April, Cross announced that he'd contracted COVID-19, although he appears to have sailed to a recovery.