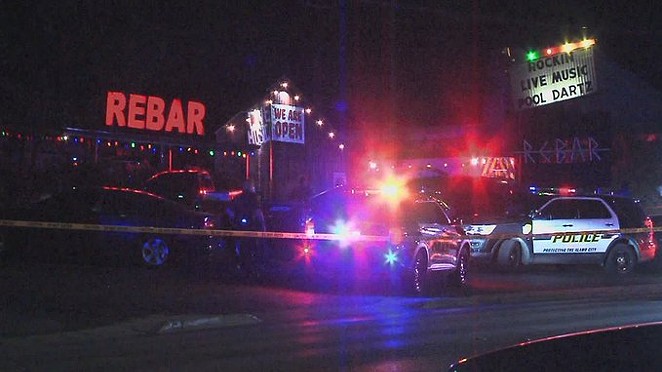 Federal marshals have arrested the suspect in a shooting that wounded eight people at a North San Antonio bar last weekend.

Jenelius Crew, 37, was taken into custody Thursday morning in Miami after evidence collected by homicide detectives suggested that he opened fire outside the nightspot Rebar, according to a San Antonio Police Department Facebook post.

Witnesses at the scene said a man claiming to be a UFC fighter was denied entry to the club because he was intoxicated. After being turned away, the suspect allegedly went to his vehicle, retrieved a rifle and opened fire.

During the investigation, authorities traced Crew to a Miami hotel.

SAPD said it obtained eight warrants for aggravated assault with a deadly weapon prior to the arrest.

Five women and three men, ages 23 to 41, were wounded in the incident, which occurred Friday, June 12. All are expected to recover.