Manu Ginobili Intends to Stick Around, Help the San Antonio Spurs When Needed 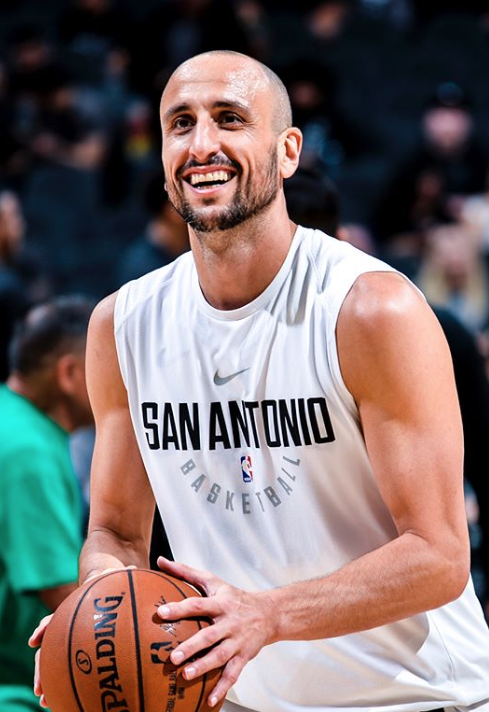 Spurs fans won't be seeing the last of Manu Ginobili.

While Ginobili announced Monday that he was retiring from basketball, the longtime Spur isn't completely disappearing from the team. In an article he wrote for Argentinian site La Nacion, Ginobili said he told coach Gregg Popovich that he'll be around to help the Spurs whenever he's needed.

"I have a great appreciation for my teammates, for the staff and all the people on the team," Ginobili said. "If I can help from the outside, I will do it with pleasure."

That's just like Manu to give his all even when he's not on the roster. He's following Tim Duncan's suit, who's been spotted at the team's practice facility since he retired in 2016.

Closing the chapter on an illustrious career. #GraciasManu More @manuginobili 🎥 in our bio.

The veteran's input will definitely be appreciated as the Spurs are now a mostly young team with Dejounte Murray, Derrick White and rookie Lonnie Walker IV (who some say is similar to Ginobili in his eagerness to learn). Even DeMar DeRozan, who's considered to be the team's big name alongside LaMarcus Aldridge, is barely 29.

In Ginobili's article, he wrote that he kept the door open in case he changed his mind, but that he played knowing that the 2017-2018 would likely be his last. He left it up to how he felt this offseason when he returned to the practice facility, to see if "something would wake up the desire to continue and call me back to the court."

Instead, he was convinced more and more to retire. Still, the moment he tweeted his retirement announcement was emotional.

"You cannot imagine the tension I had in front of the computer before pressing 'Enter,'" Ginobili wrote. "It's hard to explain everything I felt. Immediately I experienced a great relief."

Always giving back to the San Antonio community #GraciasManu

In the La Nacion article, Ginobili also took a moment to thank the fans. "They adopted me from the first day," he said.

The announcement was emotional for Ginobili just as much as it was for fans. Ginobili's agent, Herb Rudoy, said that he got the sense that the decision was "very difficult" for the future Hall of Famer.

"He took a lot into account, his family, his [desire] to travel and that he had done it for a long time," Rudoy told the San Antonio Express-News. "He had a long career, and it was an outstanding career."