We'll take what we can get at this point. Even though Sound on Sound Fest's lineup was looking stacked AF, there's no use in resisting the fact that it is indeed canceled.

However, in a shimmer of hope, like the first rays of sun breaking through storm clouds, the promotions team behind Sound on Sound Fest (and Paper Tiger's programming), have announced some shows in Austin with artists and bands who were supposed to play, including Grizzly Bear, The Shins, Cannibal Corpse, and Washed Out to name a few.

All show tickets are now on sale with a pre-sale link available only to fans who previously purchased Sound On Sound Fest tickets (look for that link in your email if you did). Tickets to the venue shows will go on sale to the general public on Wednesday, October 18 at 8:00 a.m. Additional shows with artists from the Sound On Sound Festival lineup will be announced by Margin Walker Presents throughout the remainder of 2017 and into 2018. Margin Walker Presents has worked to reschedule as many festival performances as possible after the announcement of the cancellation of the Sound On Sound Festival. The full schedule is as follows and all tickets will be available on each venue website and at soundonsoundfest.com. Ticket prices are marked for each show. 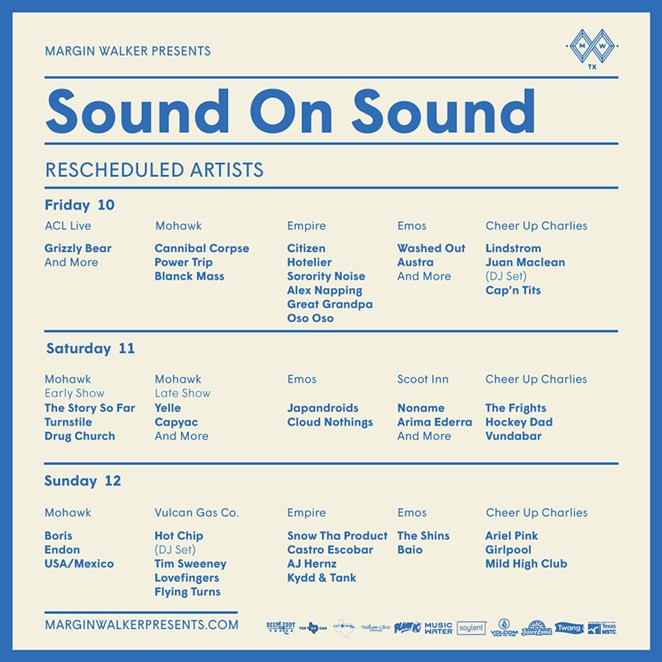