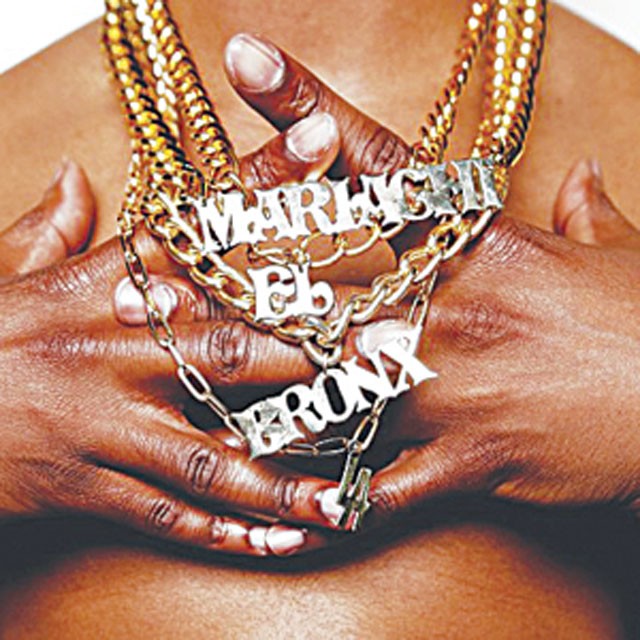 Mariachi El Bronx is the ranchero alter ego of L.A. punk band the Bronx, formed by singer Matt Caughthran, guitarists Joby J. Ford and Ken Horne, bassist Brad Magers, and drummer Jorma Vik. After three albums as the Bronx, in 2006 they were asked to do an unplugged set, which they hate. So they took the punk approach: They became a band that plays a fusion mostly influenced by ranchera, a style even more suited for acoustic sets than rock. Caughthran remained on vocals (he can be a whiter Stevie Wonder or a younger, less-raspy Doug Sahm), Magers switched to trumpet, Ford went to vihuela, Horne took up the jarana (both traditional Mexican string instruments), and they invited Vincent Hidalgo (guitarrón, son of Los Lobos' David Hidalgo) and Ray Suen on violin. But their sophomore album as Mariachi El Bronx is much more than a novelty. Co-produced by John Avila (ex Oingo Boingo), Mariachi El Bronx's playing is superb, going beyond mariachi — the English-language music touches boleros, and includes a norteña and a handful of Veracruz-influenced ballads. The album is filled with gems (the heart-melting "Fallen" and "Bodies of Christ" are my favorites, but it's hard to choose). Catch them live September 18 at the Austin City Limits music festival or opening nationwide for the Foo Fighters.