Mark Ruffalo Rises To The Challenge In 'Infinitely Polar Bear' 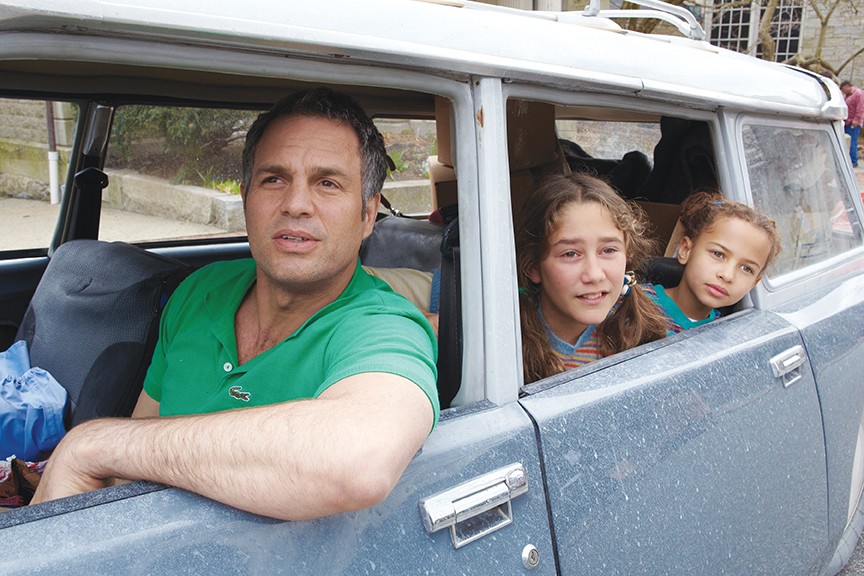 To watch Infinitely Polar Bear is to marvel at the talent of Mark Ruffalo, an actor who appears at home in drama (The Normal Heart) and action (Avengers: Age of Ultron) and whose star is clearly on the rise. He's been good before, as Oscar nominations for Foxcatcher and The Kids Are All Right suggest, but he's never been better than he is here.

Ruffalo plays Cam Stuart, a highly intelligent manic-depressive who's as unpredictable as he is loving. It's 1978 and his wife Maggie (Zoe Saldaña) loves him but is rightfully concerned about his erratic behavior, such as chasing a car wearing only his red underwear in the dead of winter. And so it's with great trepidation that Maggie leaves their daughters Amelia (Imogene Wolodarsky) and Faith (Ashley Aufderheide) behind with Cam in Cambridge, Massachusetts, so she can attend graduate school in New York City. Cam, with a full bottle of lithium medication in the cabinet and daunted by the task of caring for two preteen girls, accepts his newfound responsibility with open arms and little clue.

What's great about Ruffalo's performance is that Cam is a caring, devoted father who happens to be manic-depressive, not a manic-depressive who tries to be a good father. This is key, because we never doubt his love for his wife and children, only his ability to care for them. If the story were more focused on the disease, we'd see him in doctors' appointments and more emphasis would be given to his treatment, which would be less interesting and have minimal emotional impact. But watching Cam handle two sprightly young girls (Wolodarsky and Aufderheide make their film débuts here and they're wonderful) feels organic and unforced, a man out of his element and plagued by his own mind but always doing his best for his girls.

Writer-director Maya Forbes based Cam on her own father and the story comes from her experiences as a girl. How much is true and how much is artistic license only Forbes knows, but it doesn't really matter because everything that happens serves the story well.

Impressively, Forbes does not succumb to the shortcomings that plague other first-time directors (bloated story, too many characters, pacing issues, etc.) and keeps the film moving at a brisk pace. There are no plot holes, no gaps of logic, and no scenes that feel tedious or unwanted. Everything is nicely explained, you care about the good people involved as they navigate this tumultuous time and at no point is it maudlin or overly sentimental.

Thank you, Maya Forbes, for understanding exactly what your movie should be and executing that vision extremely well.