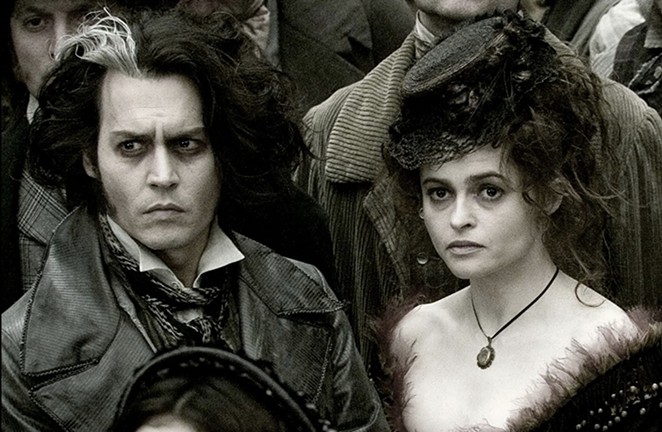 Nothing says a great night out like dinner and a movie.

To that end, the San Antonio Botanical Garden is pairing director Tim Burton’s 2007 Academy Award-winning musical Sweeney Todd: The Demon Barber of Fleet Street and an assortment of English foods, since the story is, of course, set in 19th century London.

Johnny Depp, who was nominated for Best Actor for his performance, plays the title character, a barber and serial killer whose shaving technique is a bit too close for customers’ comfort.

Once Sweeney bleeds them dry with his straight razor, he and his accomplice Mrs. Lovett (Helena Bonham Carter) bake the dead bodies into meat pies, which she then sells in her shop.

So, what, pray tell, is on the Foodie Cinema menu that’s being cooked up by Chef Katrina Flores?

It’s a good thing the evening doesn’t include a free haircut.