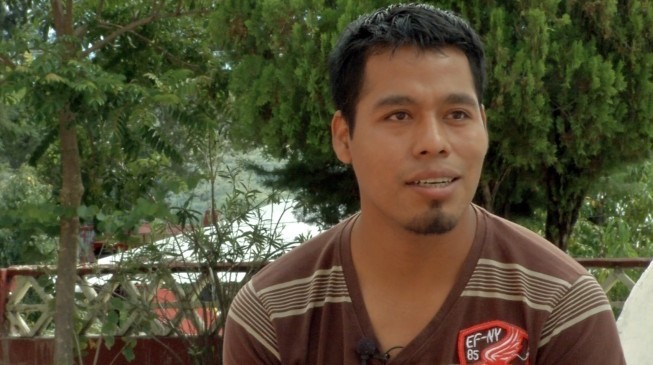 A friend of 43 students who were kidnapped last September in Mexico is bringing their unresolved story to the United States.

Omar García Velásquez, 25, a student, survived the now-notorious protest in Iguala, Guerrero, Mexico last year and recounted Monday morning how Mexican police surrounded the 43 students and placed them all in patrol cars. The students haven't been seen since.

"We hope that the U.S. population becomes aware and sensitized to the problems that we face in Mexico," García Velásquez said. "We would like the people of the states to understand that many of the things occurring in Mexico, of which we are victims, the violence, they don't start in Mexico. They start in the states as a result of the foreign policy the United States has toward Mexico."

The students were holding a protest when police confronted the students. José Luis Abarca Velázquez, Iguala's mayor, and María de los Ángeles Pineda Villa, his wife, are accused of ordering the mass abduction. According to media reports, police handed the kidnapping victims over to a gang. The students are presumed dead.

García Velásquez and a dozen parents of the kidnapping victims will be in San Antonio through Wednesday, when their caravan leaves to Austin, according to a press release. Their final destination is Washington D.C., where they will tell the Inter-American Commission that Mexico systematically violates human rights.

The visit is part of a national speaking tour across 40 cities where family and friends will talk about September 26, 2014, when gangsters and police killed six, kidnapped 43 and injured 25 students from Ayotzinapa Rural Teachers College.