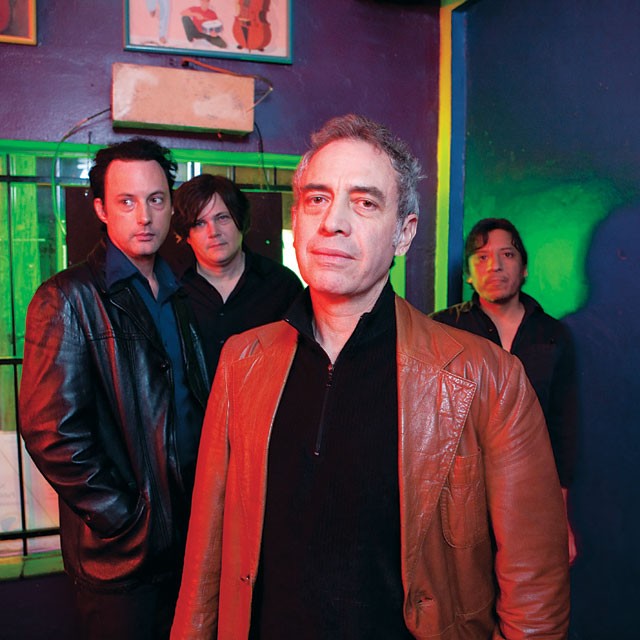 My apologies to Masters of Love for having ignored them for years. But guys, what's with the name?

"I got some pushback about [the band's name]," admits singer Fred Himes. "I knew it was kind of pompous and over-the-top, and I figured that since we would be a band that didn't practice very much we would sound pretty terrible. And if we were going to sound terrible, we might as well have an outrageous name to make up for it."

Actually, the way they make up for it is through a simple, direct, aggressive attack with above-average songwriting talent and solid musicianship.

"We just fucking rock and roll," said Himes, a natural-born rock star (the real kind, the kind that was born to be on a stage) and the singer of a band that absolutely blew me away when I saw them at the A Town South of Austin concert during SXSW week in 2012. "We're simply an in-your-face band fueled by the blues, sex, death, romance, tragedy, and our goal is very simple: to fucking kick ass in a very selfish way — we don't give a damn about trying to please anybody. We do what we want to do, not what others tell us to do."

Himes and lead guitarist Roland Veracruz come from Los Mescaleros; bassist Chris Smart (Mechanical Walking Robotboy) and drummer Ken Robinson (De Los Muertos, Snowbyrd, Mechanical Walking Robotboy) round up a well-oiled machine that has known each other for over 20 years. The Masters of Love Presents, their 2010 debut, closely resembles that ferocious Austin performance I saw last year. M.O.L., the tentative title of the sophomore album coming up in the summer or spring, promises a "slightly" more sophisticated sound.

"We'll add some saxophone and a little Jerry Lee Lewis piano here and there," said Delacruz, who will produce. "But we'll always have Elvis, Bo Diddley, and the two Richards as a backbone," adds Himes. "Little and Keith."

Two rockers off the upcoming album ("Dark Kali Moan," an end-of-the-world Stones-y rocker inspired by the Hindu goddess of destruction and "Vespertine," a fast-driving love song) confirm MOL as a riff machine and Himes as a first-rate frontman.

"The first time I saw him was in the '90s playing by himself 'Love is All Around,' by the Troggs," said Delacruz. "He was awfully out of tune, but I couldn't stop seeing him and feeling, 'I wanna play with this guy.'"

"Yeah, I just lose my mind when I'm up there," said Himes. "I'm possessed by spirits, as simple as that."

Both times I saw him Himes seems the possessor of a never-ending alcohol-fueled buzz. Yet, he seems to always be in control, hitting all the notes and never missing a beat. What's his secret?

"Lots of love and sex," he says, matter-of-factly. "After all, we're the Masters of Love."