Matisyahu whispers on the power of the spirit 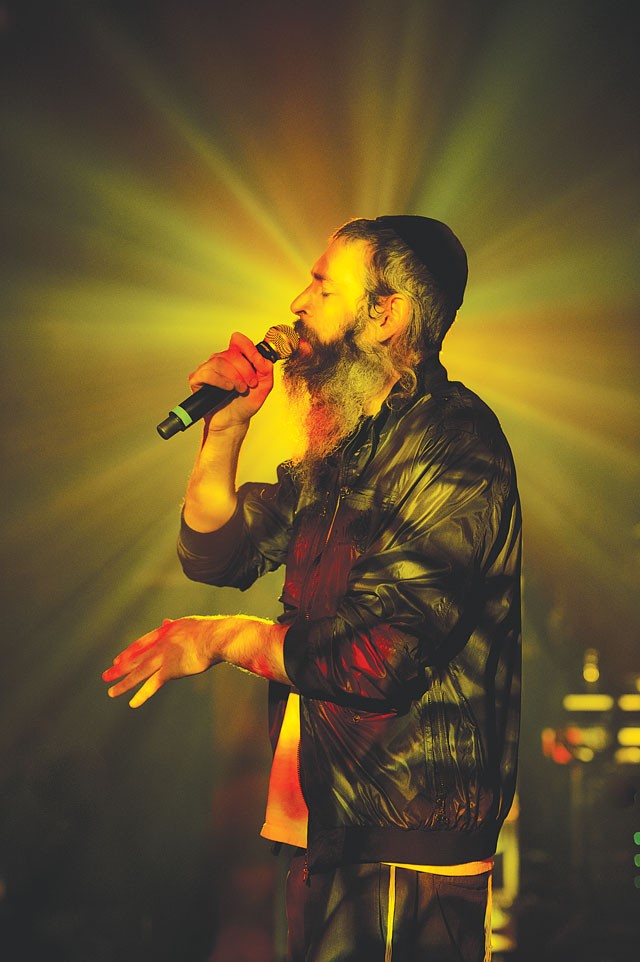 Even though “King Without a Crown” is a great track, the big moment in Live at Stubb’s (2005) — Matisyahu’s second, breakthrough album recorded in Austin — is “Lord Raise Me Up.” If that track doesn’t get you into Matisyahu, nothing will.

The song builds with keyboards and a guitar and then explodes into a reggae groove and Matisyahu’s precise, uncompromising rapid-fire flow. He’s an Orthodox Hasidic Jew, but his praises of God belong to a universal, nonsectarian, peace-loving interreligious/spiritual tradition that recognizes the power of the name as the beginning and the end of any creative endeavor. The music was powerful enough to break all barriers despite the fact that he was a rarity on both the hip-hop/reggae worlds and Judaism.

“I never really paid attention to what anyone said about my music,” Matisyahu told the Current from Omaha, Neb., days before his show Thursday at Helotes’ Josabi’s (see info box). “I wasn’t part of any hip-hop community where I would be listening to what other people thought about me and, even though I was part of a Jewish community, I kind of just thought that this was my mission, this was my destiny, and I didn’t really pay attention much to what other people thought about it.”

Apparently, Matisyahu (born Matthew Paul Miller in Pennsylvania in 1979, but raised in White Plains, New York) still only listens to the beat of his own drum. When I told him the phone connection sucked and asked if he could speak a little louder, he ignored me and kept on talking in a whisper, so unlike his fiery delivery on record and in concert. He wouldn’t even mention the musicians he was bringing to San Antonio by name besides a general comment about the Dub Trio.

“They are [now] more kind of a pretty hard, heavy, sort of like a metal band, but they bring in influences of dub, and they do a lot of movement back and forth between genres,” he said. “They explore multi-dimensional, multi-genre musics like myself.” (For the record, the musicians are Dave Holmes on guitar and keyboards, Stu Brooks on bass, and Joe Tomino on drums.)

Matisyahu’s three studio albums (2004’s Shake Off the Dust… Arise, 2006’s Youth, and 2009’s Light) all have powerful moments, but are uneven at best. It is live where Matisyahu shines. According to Billboard, Live at Stubb’s was the second best-selling reggae album of 2006, and in February Matisyahu went back to the source, releasing Live at Stubb’s Vol. 2, which some reviewers consider even better than the first one (not me, but it’s a pretty good record). While touring, he’s working on two simultaneous albums: a pop/hip-hop oriented project that mixes digital programming with organic collaborations with Israeli musicians, and a “moodier, darker, edgier record” with the Dub Trio. But don’t underestimate his studio stuff.

Matisyahu is the antithesis of both gangsta and politically conscious rap a la, say, Public Enemy, but he’s careful when talking about what others are doing.

“It’s not really my thing to try to make comments on what a lot of people are doing,” he said. “I just try to respect people and understand that I don’t really understand everything. I don’t necessarily agree with everything but, in terms of my own music, I know what I want to create.”

And he goes all the way. From the religious principles he jumped to a vegetarian diet for a couple of weeks and full veganism in late 2010.

“I did it in order to form the whole picture: mind, body, spirit, consciousness,” he said. “One of the things a lot of people forget about being conscious of is what we put into our body, mainly food. Everything you put into your body, it all has a history to it. Nothing is created in a vacuum. The history behind everything you consume becomes a part of you. So if you are putting something into your body that has a history of unnatural suffering, then it becomes part of your physical matter and self.”

He delves into reggae, dancehall, rap, and dub, but it’s all an excuse to talk about God or The Light. Even if his groove doesn’t take you back home, it’ll cleanse you.

“I don’t really think about it,” he said. “I just do it. It comes naturally to me. I never thought of creating music for any other purpose than for expressing the important things in my life. And the main thing is the existential search for God, to come to terms with being grounded in this world and to connect with the Universal Consciousness, the Consciousness of One. I am trying to live music, trying to feel the music in everything.” •