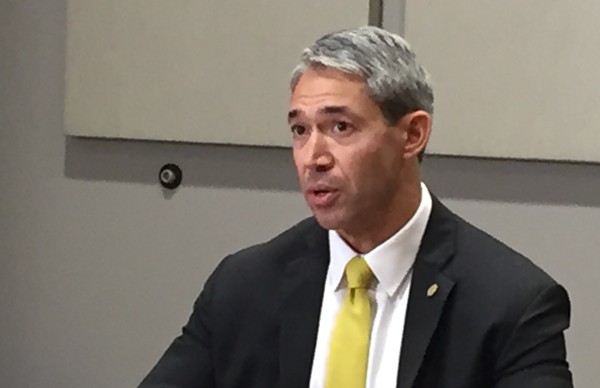 During a Tuesday press conference, San Antonio Mayor Ron Nirenberg denied that he'd given his approval to the city's controversial move to delay its new paid sick time ordinance.

Nirenberg said he learned about plans for the delay in a July 12 meeting with City Attorney Andy Segovia and raised objections — an apparent contradiction of a statement Councilman Manny Pelaez gave to the Express-News. Peleaz told the paper that despite tweets by Nirenberg and several others on council critical of the delay, members had been briefed on the plan and all but one approved.

If you need an update on why the city went to court to delay the ordinance's implementation from August 1 to December 1, here you go. And if you need help understanding why supporters of the ordinance were pissed off, read this.

During his Tuesday press briefing, Nirenberg said city officials notified supporters of the measure about the pending delay July 17 at his request. Council members were briefed about the delay individually since the body was on a brief recess.

The mayor said he reiterated his objection on July 19, asking the city attorney not to go ahead with the delay. By then, however, it was too late, since the attorney had petitioned a state district judge to grant the delay.

However, the leader of one of the groups that organized the petition drive that prompted the city's vote on paid sick time said Nirenberg and others on council could have been more forceful in their opposition if they really wanted to halt the delay.

Even with council scattered on vacation, Galloway said those opposed to the delay could have called a special meeting or met with members of press to draw attention to the issue.