McDonald's will debut limited-time McFlurry in May, but check out this website before leaving the house

That is, of course, if your neighborhood Mickey D’s has a working ice cream machine. More on that later.

According to a release from the company, the limited-time snack, dubbed the Caramel Brownie McFlurry, will offer exactly zero surprises, as all of the flavors are right there in the name.

Nevertheless, a press release from the fast food conglomerate states that the treat will feature "cool and creamy soft serve mixed with fudgy brownie pieces and sweet, gooey caramel..."

The frosty treat will be available for a limited time starting May 3, but before heading out to snag one, check out mcbroken.com to make sure you won't be devastated at the drive-thru window. 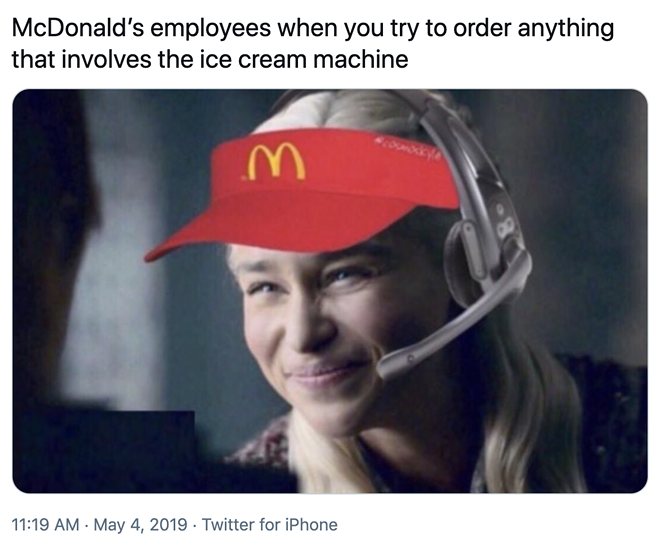 According to an October 2020 post by tech media site The Verge, mcbroken.com was created late last year by 24-year-old software engineer Rashiq Zahid.

The site uses a bot that systematically tests the availability of ice cream sundaes at every U.S. McDonald's location every 30 minutes. It then marks locations that won't allow the bot to add a sundae because ice cream is unavailable at that location.

Looks like frequent patrons of the IH35 and O' Connor, IH10 and S. W.W. White and the Culebra and Westwood Loop locations — to name a few in SA — are S.O.L. at the moment.