Living in San Antonio now for a decade, I’ve witnessed the ebb and flow of a growing and changing music landscape. During this time, I’ve watched a musicians move to the Alamo City and a lot of musicians move away (a lot more of the latter). It came as a little bit of a surprise that a well-established artist decided to move and call San Antonio home.

If you were a fan of skate-punk or pop-punk, and were into bands like The Bouncing Souls, The Vandals, Face to Face, Pennywise or MXPX, chances are you at least heard the name Tsunami Bomb. The Bay Area band made a pretty big name for themselves in the late '90s and 2000s, and even wrote a record that landed in Rolling Stone’s top 50 pop-punk albums of all time.

Recently transplanted to San Antonio, Emily Whitehurst AKA "Agent M" lent her vocals to Tsunami Bomb until 2005, leaving to start The Action Design, an indie power-pop band that wasn’t afraid to let its pop-punk roots show. After a few years with that project, Whitehurst, along with the guitarist from Action Design, formed the first manifestation of her current project Survival Guide.

Whitehurst moved to the Alamo City a little over a year ago with her husband Doug Elkins, who came to work at Paper Tiger, as she continued Survival Guide as a solo project.

“I loved punk rock, but I just kind of wanted to use more instruments and do different tempos, which punk was just not conducive too,” Whitehurst told the Current.

While 2015’s Survival Guide debut Way to Go is a bit of a leap musically from her former projects, Whitehurst’s familiar vibrato and timbre carry whispers of her punk beginnings as her soprano vocals soar over electronic beats and synths.

A melancholic acoustic guitar riff opens “January Shock,” a highlight from Way to Go, as drums and Whitehurst’s vocals carry listeners through a verse punctuated by drops of warm keyboard chords. Pausing a moment in the pre-chorus, the song launches into a triumphant hook – Whitehurst singing, “And yet the sun will rise again” as synth droplets morph into thick keyboard bass blocks and echoing drums crash like waves before landing back at the familiar opening acoustic guitar riff.

If that were the only good song on the album, I’d be super stoked, but the entire record is solid and diverse yet cohesive enough to be called a proper album. Live and Alone released earlier this year, is the stripped down acoustic answer to Way to Go and features a solo Whitehurst playing piano and singing. It’s raw and one of the best acoustic versions of an album I’ve heard in awhile. 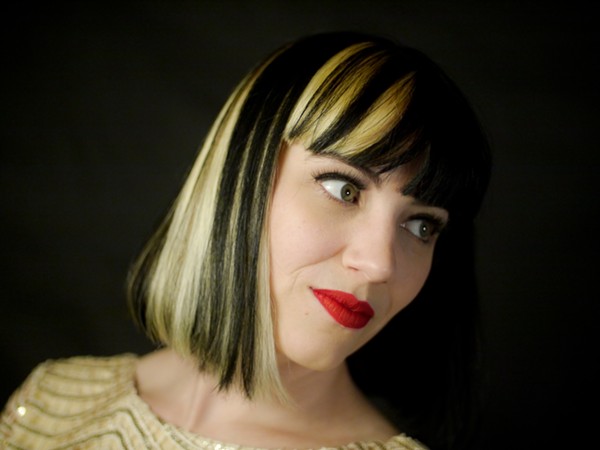 As an already-established national musician moving to San Antonio from the musically-saturated Bay Area, I wanted to pick Whitehurst’s brain on her vibes of the local scene.

The singer explained that living in Petaluma, which is about 45 minutes from the musical mammoth of San Francisco, she could draw similarities with San Antonio in our relation to the often-overshadowing Austin.

“It seems San Antonio is in the shadow of Austin musically, but that to me doesn’t mean that Austin is better," said Whitehurst. "In Austin, there’s so much competition, there’s so many shows going on every night. I feel like cultivating a music scene in San Antonio seems like a much more fun and relaxed thing to do.”

Whitehurst recalled her memories of playing San Antonio dates while touring with Tsunami Bomb and the Action Design:

While this won’t be her first show as a resident of San Antonio, Whitehurst will be performing at The Bang Bang Bar on Friday, November 30. She throwing a party for all the friends and fans who welcomed her to the Alamo City when she announced she’d be moving here.

“I’m gonna make some cupcakes, some party treats,” said Whitehurst with an audible spark of excitement in her voice. “It’s gonna be a winter formal-type theme – I’m gonna have a sparkly photo backdrop so we can have a little dance photos and balloons.”

San Antonio royalty Alyson Alonzo will be lending her beat-looping soul-crooning golden vibrations to the party.

For more information on Emily and Survival Guide and to listen to her tunes peep her website at srvvlgd.com.

Free, Fri Nov. 30, 9pm, The Bang Bang Bar, 119 El Mio Dr, facebook.com.
Get our top picks for the best events in San Antonio every Thursday morning. Sign up for our Events Newsletter.