By San Antonio Current Staff
Share on Facebook
Tweet
Submit to Reddit
Email
San Antonio and Austin might have a love-hate relationship, but all of that is put aside during SXSW. If you're heading up for the annual music/arts/film fest, be sure to swing by these sets to support your local artists. 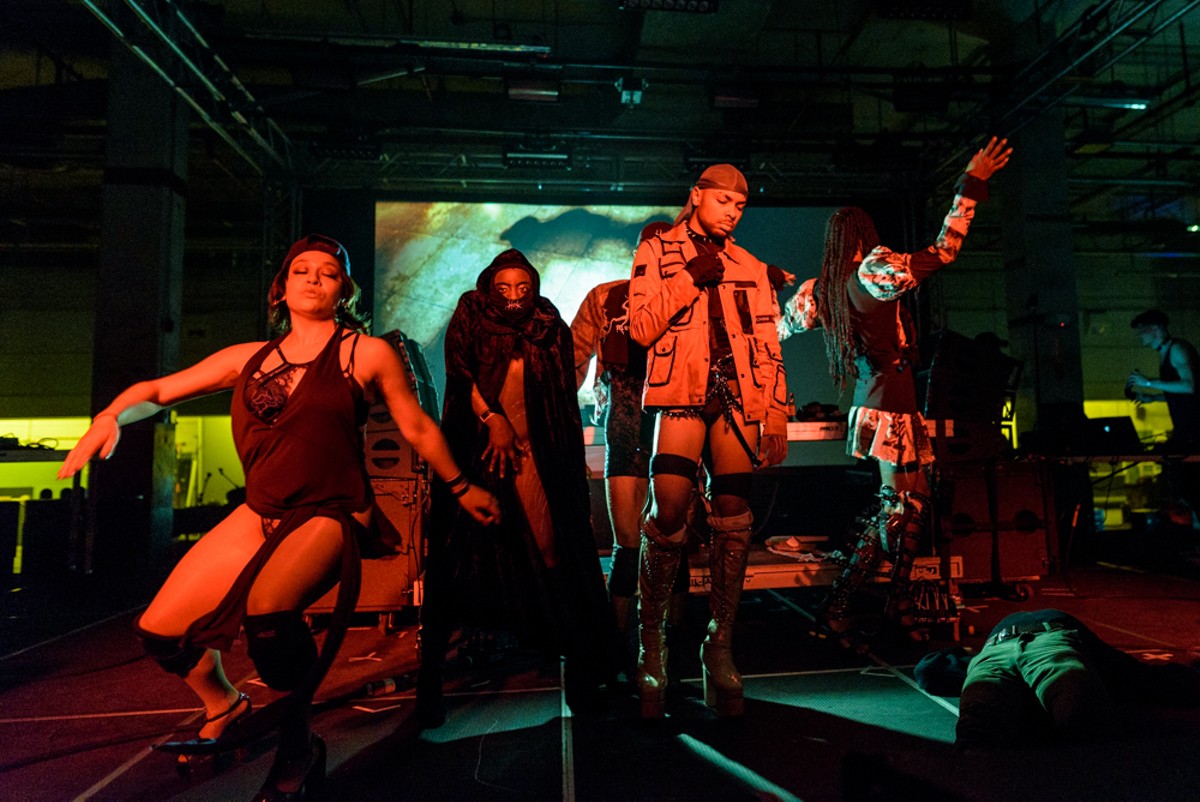 House of Kenzo
Thursday, March 16, 1:00-1:50am
To the onlooker and passerby, House of Kenzo may look like some random girls dancing in post-apocalyptic garb on stage, but look and listen a little bit closer and you’re realize that this performance art collective constructs and deconstructs conceptual themes and ideas on whatever stage, house, arena, or gig you see them performing. If you’re not sweating, you’re not learning, sis.
Photo by Jaime Monzon
Blake
Wednesday, March 14, 11:30-11:45pm
Riding this latest wave of trap, rapper Blake has managed to secure millions of streams on multiple streaming platforms; an effort not done by many in the 2-1-0.
Photo via Instagram / thatsblake
King Pelican
Friday, March 16, 1:00-1:50am
Surfs up, dude! King Pelican brought the psych-vibes to San Antonio before all this shit was cool again.
Photo via Facebook / King Pelican
Bamsworth Belli
Tuesday, March 13, 8:30-8:40pm
In an era where rappers in 2018 are more inclined to adlib through a verse rather than actually, you know rap, Bamsworth has the bars to remind folks what hip-hop is actually supposed to sound like.
Photo via Facebook / Bamsworth Belli
Deer Vibes
Thursday, March 15, 7-7:40pm
What more can be said about Deer Vibes that hasn’t already been said? Since the late aughts, this indie rock orchestra has been hitting the region hard with their beautifully layered indie music in the vein of bands like The Most Serene Republic and The Broken Social Scene.
Photo via Instagram / deervibes
Isabel Davis
Saturday, March 17,11:10-11:30pm
Yes lordt, Isabel Davis is contemporary gospel singer that will give you that recharge from all the sinning you’ve been doing at SX this week.
Photo via Instagram / iamisabeldavis
OnBeatMusic
Wednesday, March 14, 11:40pm-midnight
According to their Soundcloud bio, producer OnBeatMusic says “we are created to impact and help change our culture today,” and he’s willing to work with anyone who’s vision falls in line with that.
Photo via Instagram / jesse.arce
DJ King Mike
Friday, March 16, 8pm-8:25pm
Host of Cocoa Butter Radio, DJ King Mike is purveyor of all things R&B, hip-hop and neo soul.
Photo courtesy of SXSW
Harvey McLaughlin
Saturday, March 17, 9:00-9:40pm
Harvey McLaughlin’s music matches great songwriting with these sort of old-timey piano chord progressions that have garnered him positive reviews in the region for several years.
Photo by Oscar Moreno
Bombasta
Saturday, March 17, 8-8:40pm
Matching cumbia, funk, hip-hop, reggae and Latin rock, Bombasta has the ingredients to make sure your hips will be shaking through their entire set.
Photo via Instagram / bombastasatx
Skip ad in
Jopo Da Son
Thursday, March 15, 6:30pm-6:40pm
At first listen, Jopa Da Son comes across as yet another trap rapper, however, his uplifting Christian themes puts a unique spin on the whole genre.
Photo via Instagram / directorjosh512
Creepside
Friday, March 16, 8:45-9:30pm
Electronic artist and producer, Creepside’s music combines everything from current EDM and vogue elements matched with ’90s UK garage.
Photo via Instagram / creepsidebb
16 the Olympus
Saturday, March 17, 2018, 8:00-8:40pm
Equally jazzy, indie and progressive pop, 16 The Olympus’ music is pretty much the best elevator music you’ve ever heard without coming across as cheesy.
Photo via Facebook / 16 the Olympus
Keedren Boston
Saturday, March 17, 9:15-9:30pm
Old school meets contemporary with Keedren Boston, a gospel singer from the 2-1-0 that might easily become your favorite new local singer. John Legend vibes for sure.
Photo via Instagram / royaltee_garmentz_and_designz
Henry Brun & the Latin Playerz
Thursday, March 16, 8:30-9:10pm
Latin Jazz at its absolute finest. If you’re looking for a dose of some of the best Latin Music at SXSW, don’t miss these guys.
Photo courtesy of Henry Brun
Kara Nichole Robinson
Friday, March 16, 6:55-7:10pm
Combining elements of gospel, acoustic-singer-songwriter, and indie-pop Kara Nichole Robinson’s songs are the positive vibes you’ll need to get you through this week of insanity.
Photo via Facebook / Kara Nichole Robinson
Dre' L.O.C.
Thursday, March 15, 9:10- 9:20pm
Husband, father, pastor and rapper, Dre’ L.O.C.’s musical vibe is reminiscent of ’90s “gangsta rap” in the vein of artists like Bone Thugs n Harmony, but lyrically the artist talks about his experience as a Christian.
Photo via Instagram / dreloc210
More slideshows 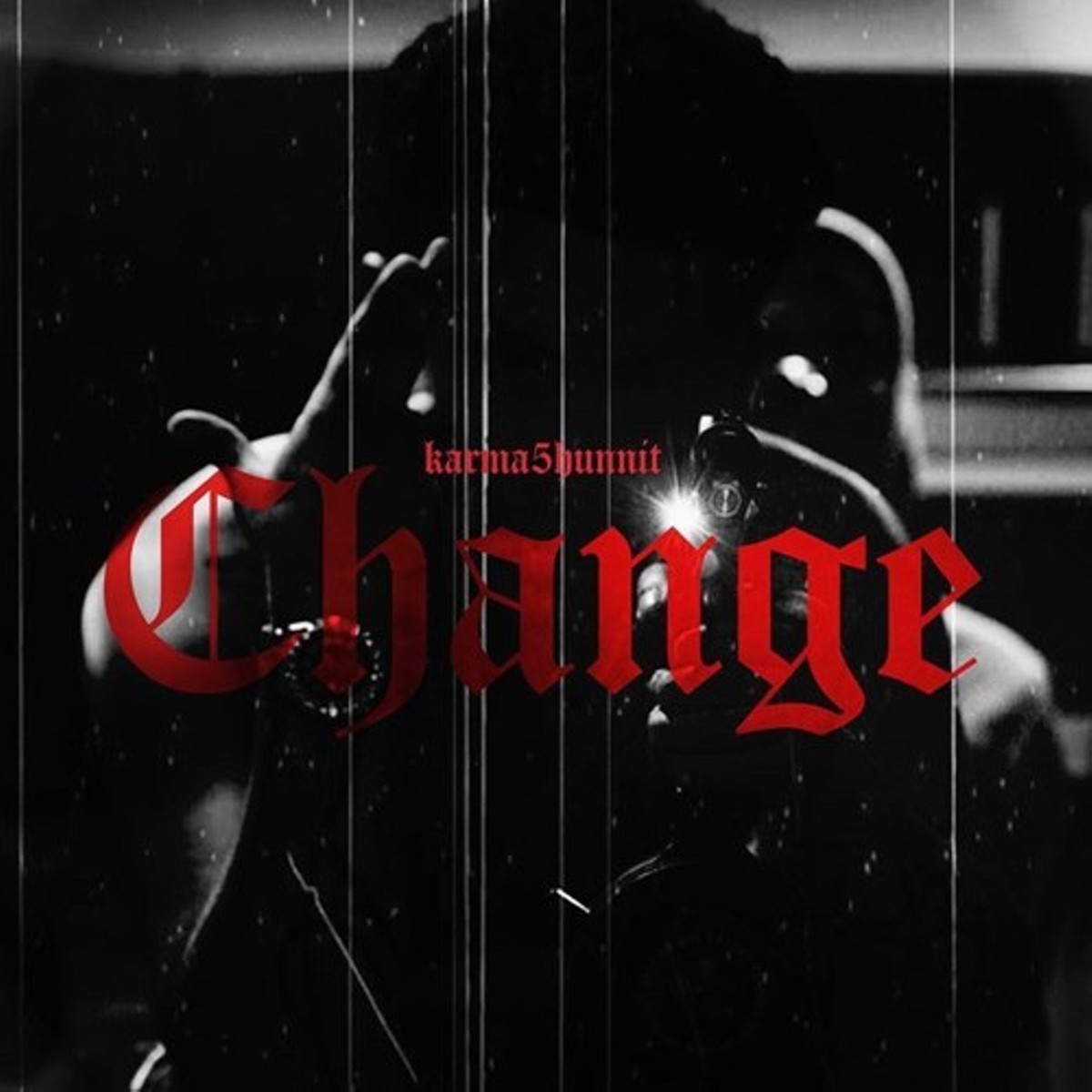 The 20 most popular songs on Spotify in San Antonio that aren't trending anywhere else
San Antonio Current Staff20 images
1/17
House of Kenzo
Thursday, March 16, 1:00-1:50am
To the onlooker and passerby, House of Kenzo may look like some random girls dancing in post-apocalyptic garb on stage, but look and listen a little bit closer and you’re realize that this performance art collective constructs and deconstructs conceptual themes and ideas on whatever stage, house, arena, or gig you see them performing. If you’re not sweating, you’re not learning, sis.
Photo by Jaime Monzon
Play Slideshow